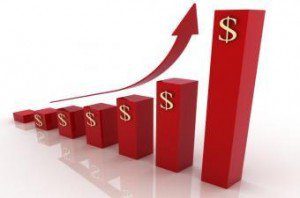 Black Knight reveals that home-price appreciation had its largest single-month increase in two years in September, rising 0.2% to 3.95% for the month—the highest its been since March when home-price growth was in a 16-month slow trend.

Mortgage rates, however, has risen in recent weeks, as Black Knight says rates hit 3.78%, according to Freddie Mac’s latest Primary Mortgage Market Survey. This is the highest the 30-year rate has been since June.

“This week marks the third consecutive week of rate increases, which hasn’t happened since April of this year. That said, purchase activity continues to show strength, indicating obvious homebuyer demand,” said Sam Khater, Freddie Mac’s Chief Economist. “However, the lack of housing supply remains a major barrier to not just the housing market, but the overall economic recovery.”

San Jose-Sunnyvale-Santa Clara, California, had the lowest growth rate at -5.30%. Bridgeport-Stamford-Norwalk, Connecticut, had a -0.50% growth rate.

CoreLogic also reported that home-price growth increased 3.5% year-over-year in September, and are expected to grow 5.6% over the next year to September 2020.

Idaho led the nation in home-price appreciation for the twelfth-consecutive month, with an annual appreciation of 11.8% in September. Values in 41 states have risen above pre-crisis peaks.

California, Idaho, and Michigan have surpassed their pre-crisis peaks during the month. Connecticut’s home prices were the farthest below their all-time Home Price Index high—16.2% below the July 2006 peak.

Previous: Mortgage & Property Preservation Leaders Discuss Servicing and Regulation
Next: Where Are the Best Markets for First-Time Homebuyers?