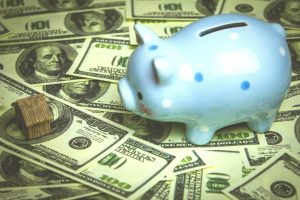 The United States Senate today confirmed Joseph Otting as Comptroller of the Currency, a role that will task him with oversight and regulation of federally chartered banks such as Bank of America, JPMorgan Chase, and Wells Fargo. President Trump nominated Otting on June 5, 2017. The vote broke down nearly along party lines, with the final tally sitting at 54-43.

Following this confirmation vote, President Trump will now have to officially appoint Otting as a confirmed nominee, after which Otting can be sworn in. That is expected to happen within a few days, per Reuters.

Otting has been a key ally of Treasury Secretary Mnuchin, previously serving as chief executive of Pasadena’s OneWest Bank, which Mnuchin founded in March 2009. Prior to that, Otting spent more than 30 years as banker, including time working for Union Bank and U.S. Bank. As Comptroller, Otting will be charged with writing overseeing new banking regulations and generally monitoring and maintaining the health of the American banking system. He is expected to assist in the administration's attempts to roll back Dodd-Frank and to continue the review of the Volcker rule—which restricts U.S. banks from certain speculative investments—initiated by Noreika during his interim term.

Noreika's announcement marks the second high-profile government resignation for this week. Yesterday, Richard Cordray, the Obama-appointed director of the Consumer Financial Protection Bureau (CFPB), announced his resignation. He plans to step down before the end of the month.

In his resignation letter, Noreika said:

Thank you again for giving me the opportunity to serve. I remain a strong supporter of the Office of the Comptroller of the Currency, which I was proud to lead. as well as this
Administration and its goals, in which I was fortunate to serve.

Tagged with: Comptroller of the Currency joseph otting keith noreika