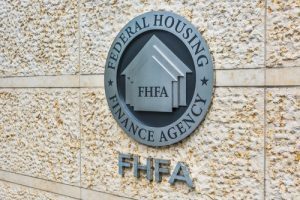 In its Performance & Accountability Report for the financial year 2018 last week, the Federal Housing Finance Agency (FHFA) mentioned its proposed regulation on capital requirements for Fannie Mae and Freddie Mac. The following day, the American Enterprise Institute (AEI) published its response to the proposal.

The FHFA first proposed the “new framework for risk-based capital requirements and a revised minimum leverage capital requirement for the Enterprises” in June, and it has now expanded its deadline for public comments from September 17 to November 16.

The AEI stated in a letter to the FHFA last week that the proposals were insufficient to support potential risk at the GSEs and laid out detailed alternatives to the FHFA’s proposal.

“Specifically, its binding risk-based rules would not require enough capital to address another housing crisis of comparable magnitude to the most recent one, and its minimum leverage ratios would not be consistent with requirements for global systemically important banks (G-SIBs) given the de facto status of the GSEs as systemically important financial institutions (SIFIs),” according to the AEI.

On the other hand, the AEI asserted its own recommendations “would result in the additional risk-based capital of more than 200 basis points relative to FHFA’s proposal and a minimum leverage ratio of 4 percent,” according to the letter.

Operational risks are another concern for the AEI, which stated that the FHFA’s “add-on to cover operation risk is a scant 8 bps.” Continuing, the AEI stated, “For the two GSEs together, that amounts to $3.7 billion for 2017. To give a little bit of context to that, consider that 12 years ago, Fannie Mae restated its earnings downward by $6.3 billion because of accounting errors.”

The AEI recommends increasing the minimum leverage capital ratio from the proposed 2.5 percent or less to at least 4 percent and proposes limiting the use of preferred stock to meet both risk-based and leverage capital requirements.

Previous: Feeling Locked Out
Next: Bridging the Performance Gap