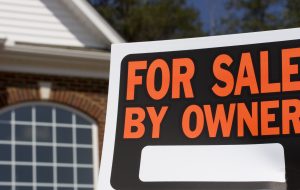 A new study by Zillow has found that, over the past three years, advertised and sold directly by owners without enlisting the services of an agent—For Sale By Owner—made up 4% to 6% of all home listings nationally. That total accounted for approximately 63,000 homes sold during September 2021. Zillow also found that FSBOs were found mostly in more rural pockets of the nation than busier cities and suburbs. The median listed price for a FSBO home is $292,810, while the median price of a home listed with a seller's agent is $355,777.

"Our research shows that homes put on the market directly by owners are a small, but consistent, part of the housing ecosystem," said Zillow Economist Alexandra Lee. "We see that these types of listings are more heavily used by rural, lower-income sellers, a demographic that appears to value flexibility to sell their home on their own terms."

Additionally, across all markets, FSBOs were listed at prices 18% lower than properties represented by agents, a trend that could be attributable to location and size of the home, rather than the home being sold at a discounted price.

Regionally, it was found that in states like New York, Illinois, and Montana, FSBOs were generally 19-25% less expensive than non-FSBO-sold properties. States with the largest share of FSBO properties were concentrated in the Midwest and South, as FSBOs comprised at least 10% of all homes for sale in Iowa, Mississippi, Nebraska, Kentucky, Arkansas, Oklahoma, and West Virginia. 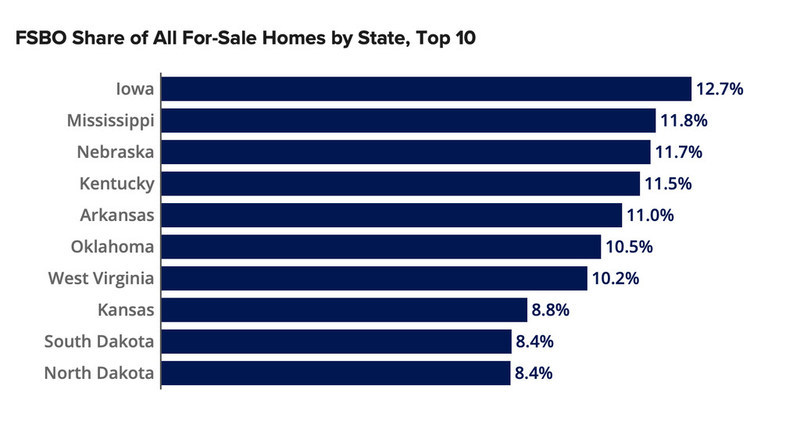 Homeowners with lower incomes were more likely to sell their properties via the FSBO route. Zillow found that households earning less than $50,000 annually were nearly twice as likely to sell a home without an agent than a household earning in excess of six figures, while 24% of sellers earning less than $50,000 sold their home without the help of an agent over the past three years.

While Zillow concluded that FSBOs were more concentrated in rural areas, they were still found to be priced less than traditionally listed properties in several large, populated U.S. metro areas.

In 23 of the largest 50 metros, FSBOs were priced lower than agent listings, with homes for sale by the owner in Indianapolis, St. Louis, Atlanta, and San Antonio having the largest price differential, listed at 10% less than traditionally listed properties in these markets.

Click here for more on Zillow’s study on the FSBOs market.

Previous: Are Bidding Wars Still a Thing?
Next: Dean McCall Promoted to CIO of Promontory MortgagePath