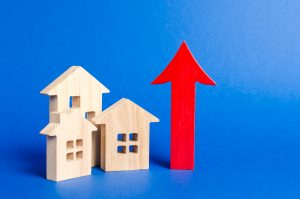 Realtor.com® has predicted the top housing markets for 2022. Due to an increase in demand, housing markets in smaller cities have skyrocketed caused by an increase in remote work throughout the pandemic. Housing demand is now being affected by a wave of influx to cities outside popular metropolitan areas. After examining relevant factors such as affordability, steadfast economies, and job growth, this year's top 10 in rank order are:

Most of the cities listed offer the "small-town" feel but are expected to soon become popular relocation destinations for various job industries. Home sales across the top 10 markets are projected to grow by 11.6% in 2022 – that's nearly twice the national home sales growth estimate of 6.6%. In addition to home sales, average home prices are expected to increase by 7.4% (more than double the national rate).

"With thriving local economies, low unemployment rates, convenient access to the outdoors and relatively affordable housing, many of the top markets offer the best of both small-town quality of life and big-city job security,” said Realtor.com® Chief Economist Danielle Hale.

Remote opportunities in tech cities like Boise, Columbus, and Seattle are expected to steer growth in housing hotspots while millennials are expected to continue driving housing demand in top markets. Those aged 25-34 have been found to represent a higher share of the population in the areas on this year's list compared to the top 100. However, many of these areas are popular retirement destinations as well, meaning older generations will also play a large role in these markets along with the inflow of millennials.

Cost of living remains another key factor. While affordability is increasing, home prices are projected to rise as median listing prices in the top 10 markets are relatively larger than the 100-metro average. In cities such as Indianapolis, where the average cost of living is 8% lower than the national average, affordability and low taxes are responsible for the sudden increase in inbound migration. Low income and property taxes are also desirable factors for homebuyers in cities such as Greenville, Boise, and Spokane. Making the top 10 for their remote work-friendliness, job markets, and relatively low cost of living, these cities give individuals the comforts of living in a bigger city but with more affordable housing options.

Although having a higher-than-average cost of living, Seattle landed itself in the top 10 hotspot for the second year, as well as seeing an influx of Californians. Data suggests that people are relocating from more expensive cities in the West. Renowned headquarters of large organizations such as Amazon, Starbucks, and Expedia are helping drive the surge in relocations due to their high-paying job opportunities throughout the pandemic.

“Home shoppers in these areas may still be able to find good value even as listing prices are expected to climb in 2022, but getting a leg up on the competition will be key," said Hale.

The top 10 markets share a few commonalities that are driving demand for remote workers to retirees alike, including those from major coastal metros. Data shows more remote workers wanting to leave metropolitan areas like New York, San Francisco, and Boston but still retain access to what had traditionally been "big-city jobs." A rise in workplace flexibility during the pandemic allowed workers to remove themselves from the hustle and bustle of metro areas while retaining their big-city salaries.

"This year's list spans a variety of geographic hotspots, reflecting how pandemic trends like the rise in remote work are enabling many homebuyers to explore new areas where their budgets stretch further,” said Hale.

The economic forecast is said to expect a whirlwind process for homebuyers and sellers alike in the coming year. You can read the full breakdown of the report here.

Previous: Homeownership Still a Goal for Most Despite Rising Prices
Next: OpenClose Names April Cave Director of Implementation Services