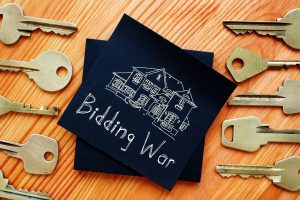 Some 59.5% of home offers written by Redfin agents faced competition in November, the lowest level in almost a year, according to a new report from Redfin. Numbers are down from a revised rate of 61.8% in October and a pandemic peak of 74.6% in April, but up slightly from 57.3% in November 2020.

According to Redfin Chief Economist Daryl Fairweather, the housing market remains sharper than normal due to record-low mortgage rates and an acute shortage of homes for sale, but homebuyer demands seem to be following a typical seasonal pattern by starting to slow as the year winds down.

"It's typical for competition to ease in the winter months as more families take time off for the holidays," said Fairweather. "While competition waned in November, it was still higher than a year earlier, which is a sign that demand will be strong in the new year."

Populous cities like Richmond and Salt Lake City have had the highest bidding-war rates within the housing market. 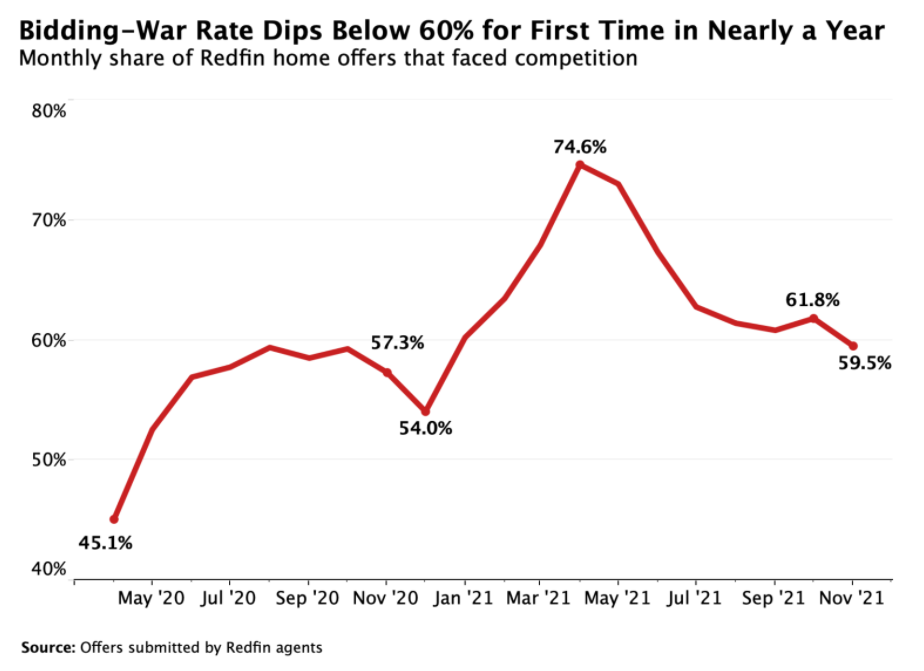 Richmond, Virginia had the highest bidding-war rate of the 44 U.S. metropolitan areas in this analysis, with 80% of offers written by Redfin agents facing competition in November. Salt Lake City came next at 73.8% and San Diego at 72%. Honolulu and Dallas rounded out the top five, with bidding-war rates of 71.1% and 70.6%, respectively.

Serving as an agent in Indianapolis, Thompson said the bidding-war rate dropped to 36.8% in November from 73.6% in October.

"A few months ago, the typical home was going for $15,000 to $20,000—sometimes even $50,000—over the asking price. Buyers were paying cash, waiving inspection contingencies, and overlooking necessary repairs in order to win," said Thompson. "Today, buyers are more cautious about overpaying, aren't waiving inspections as freely as they were in the spring, and feel less of a rush to commit to a house after the first tour."

Although homebuyer competition has dropped to its lowest levels in 11 months, rates are projected to rise rapidly in coming seasons.

Previous: Homespire Mortgage Partners to Build Veteran Homes
Next: Rising Cost of Materials Squeezing Some Out of the Market