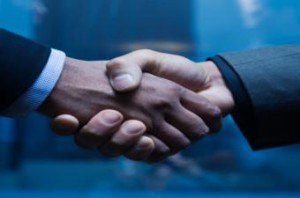 Genworth Mortgage Insurance, an operating segment of Genworth Financial, Inc., announced the appointment of Steve Hitchings to HFA Director. Hitchings is a 32-year veteran of GE/Genworth Mortgage Insurance, most recently serving as an Account Development Manager, where for the past five years he has supported Genworth's market-leading Housing Finance Authority (HFA) segment.

"Over the years Steve has brought an unparalleled mix of experience and expertise to our HFA segment, and we're thrilled to have him assume control as we continue growing the platform," said John Clifford, SVP of Commercial Operations, Genworth Mortgage Insurance. "His deep HFA and business acumen, stellar sales collaboration, exceptional customer focus and robust problem-solving skills make him uniquely qualified to deliver the value and service that our customers have come to expect from us."

Since it first began insuring HFA loans nearly forty years ago, Genworth Mortgage Insurance has paid claims on more than 6,000 HFA loans, and in the last two decades alone has insured over 80,000 HFA loans. Genworth's long-standing HFA Advisory Board, which works to ensure the company is attuned to the unique needs of the segment, illustrates the company's commitment to the HFA space and deep integration with each of its state-level partners. The company also has an array of dedicated HFA experts, including underwriters, risk managers, and industry trainers and consultants.