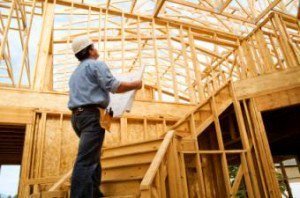 A chronic labor shortage in the housing industry is a problem that has been steadily gaining steam over the past few years, according to NAHB/Wells Fargo Housing Market Index. More than four out of five builders expect to face serious challenges regarding the cost and availability of labor in 2019, the recent monthly survey revealed.

The questions in the survey aimed at finding the problems faced by builders in 2018 and expect to face in 2019. Cost and availability of labor were among the top concerns among 82 percent of builders in 2018. This was followed by the price of building material. An identical 82 percent expect labor shortages will be their primary issue in 2019, while material prices fell to the second slot at 69 percent, the report stated.

Only 13 percent of builders cited labor issues as an important concern in 2011, with the rate steadily rising over the ensuing years and peaking at 82 percent in each of the past three years. Ashok Chaluvadi, in his blog entitled “Top Challenges for Builders: Materials in 2018, Labor in 2019” noted that In 2011, building material prices was reported as a significant problem by 33 percent of builders. This share increased to 46 percent in 2012 and went up to 77 percent in 2017 before reaching a peak at 87 percent the previous year.