For months, the housing industry has reported that the supply has been tight. While low inventory does not seem to be adversely affecting sales—after all, new home sales are at their highest level in eight years and existing-home sales are selling at the fastest rate in nine years—is it affecting demand for housing?

Also, HUD and the U.S. Census Bureau on Tuesday reported that new home sales were at their highest level in eight years, which some economists saw as a sign that demand is robust for new homes. 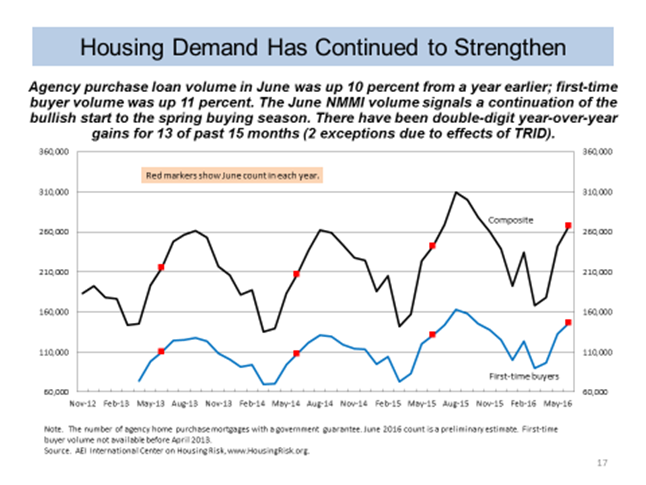 While that may be true for new homes, one analysis found that low supply is, in fact, resulting in downward pressure on demand for all single-family housing. Redfin reported that demand fell by 17 percent year-over-year in June, marking the fifth consecutive month of year-over-year declines. Redfin’s Housing Demand Index, which measures homebuyer activity prior to purchase and has a benchmark level of 100, registered at 88 in June, which represents lower-than-average demand.

Redfin also reported a lower number of customers requesting home tours in June (6 percent, down from 9.2 percent in May) and a lower number of customers writing offers (down by 6.6 percent over-the-year and 5.6 percent over-the-month in June). Redfin expects sales numbers to slow for August based on June’s decline in demand; even though the market “feels hot,” with 7.6 percent fewer homes for sales across the 15 metros tracked by Redfin’s demand index, there just wasn’t much for buyers to look at or consider; the result was more buyers than homes, meaning homes sold quickly—many of which sold over list price. 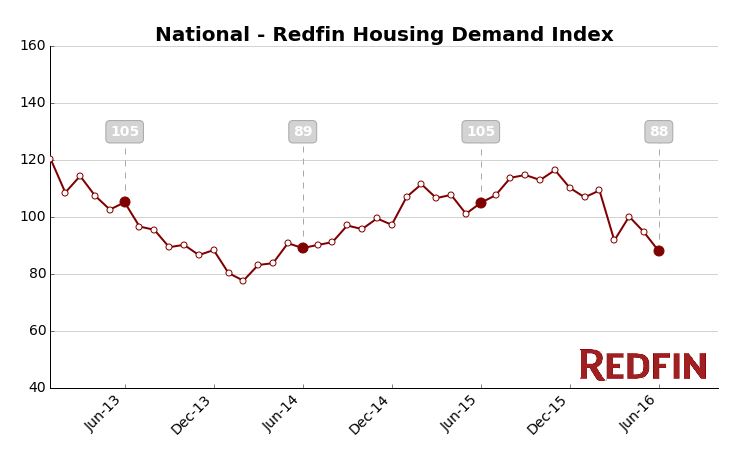 “These major metro areas have all felt the squeeze from inventory, meaning there was just less for buyers to look at,” said Redfin chief economist Nela Richardson. “It’s not surprising that demand reflects that squeeze. Even strong buyer interest can’t squeeze a fresh listing from what’s become a dry turnip of housing supply.”

The two markets that experienced the largest month-over-month and year-over-year gains for demand were San Francisco and Baltimore, with 45 percent and 20.7 percent, respectively.

Previous: Political Discussions Around Homeownership Heat Up
Next: The Top-Ranked Single-Family Housing Markets Are. . .