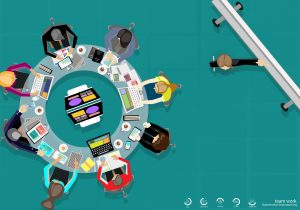 Earlier this week, DS News and MReport sat down with Jorge Ponce, Director of Business Development & Implementation at FirstClose; Joey McDuffee, Director at Wipro Gallagher Solutions; and Kevin Watson, District Manager, Middle Tennessee at Churchill Mortgage to discuss inventory woes in the housing market. In Part Two of this three-part series, we discussed potential incentives to getting more homes into the marketplace.

Watson: One more thing to add—from my micro-economical world, talking to realtors every day and I'll say, "Hey, all my buyers are cash buyers." Sometimes that's an excuse, but it's not, and so I have to believe that there a lot of baby boomers buying right now. But they're moving down into a fixed income situation. An article from US News said by 2030, the baby boomers will reach 65. A lot of them are already hitting that. I think they're buying, but they're moving down.

The generation behind the baby boomers is not that large—the Gen X. Because of that, I think we're going to see the market correct itself faster in the higher-priced homes, because inventory can't cover what's moving down. Millennials are coming in at the same time, so you're having similar competition for those smaller homes and. You've got two huge groups competing in the same market.

Ponce: It could be one of those situations where one is causing the other, kind of circular. The competition for those homes amongst those two groups could be driving those property values up and that's what could be causing the inventory problem. It's all interrelated.

McDuffie: From a baby boomer perspective, I know some of my parents' friends have really started looking at life expectancy, and instead of staying in their current neighborhood, they're looking for an active adult community lifestyle. More of these are getting built around the country and, of course, they offer kind of a wealth of amenities, including no maintenance, the vibrant social scene, and all the needed necessities, which are accessible via walking or a golf cart.

As more of those planning communities get developed, that’s an incentive for baby boomers to downsize, which opens up the market. I do agree boomers are competing with that millennials.  Even in my neighborhood where I just sold, homes there were mostly 1960s ranch homes. Most of those would have been sold to first-time home, but we're seeing some of the retirees and baby boomers moving in because they're more single level.

A couple different things can incentivize baby boomers. One other thing to point out, depending on the market—I think in Florida, back during the downturn, they enticed long-term homeowners to sell by changing the real estate tax policy. Government could actually have a say in how this all plays out. In Nashville, we have some freeze on property taxes based on your age. But I think that's the other piece of the puzzle that might prod homeowners to go out and either downsize or move to one of these active adult communities.

Ponce: That, I think, has always the natural progression. Kevin, you were mentioning that folks are more interested in upgrading versus downsizing. I'm seeing upgrading by means of remodeling as opposed to going out and buying bigger, right? I just thought of a stat. The current unpaid principal balances for home equity lines of credit in seconds is at the all-time lowest since pre-financial crisis. That means that a lot of these folks have a lot of equity and that completely fits with your theory, Kevin. These folks are remodeling because they have equity. They can go out and get a line of credit and remodel and build up, as opposed to sell and buy bigger. I think that is also contributing to the shortage.

McDuffie: Some of our friends call it the HGTV effect, where homeowners are watching the Property Brothers or Fixer Upper and they're saying, "Why do I want to go out when I can a remodel?" It'll increase the value of their home overall without having to deal with all the associated costs that come into play and all the hassle of moving.

Watson: Has anyone here on the call tried to renovate anything recently, and tried to get a subcontractor to help them do that?

Ponce: No, but I'm sure there's probably a waiting list.

Watson: Yeah. Oh, my goodness. It's almost impossible because of the demand for building right now.

We've got people coming from Huntsville, Alabama to do subcontracting work in Nashville. What you're finding is, I have a lot of people call me and say, "Yeah, we're thinking about renovating our home." But good luck finding someone to do it.

The demand for new construction is sort of a vicious circle. When you're a subcontractor and you can get a steady job from a contractor, you're going to take that every day before you get a one-off from just one person.

Ponce: Maybe that will be homeowner’s cue to say, "Okay. If we can't renovate, then what is my home worth in the market?

Previous: Five Star Recognizes the Strength of Women in the Industry
Next: Power Players of the Women in Housing