Which College Graduation Class Holds the Most Housing Weight? 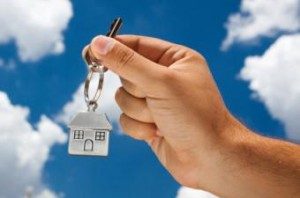 The class of 2008 is the most likely to buy and mortgage a higher-priced home, according to recent data from LendEDU, a student loan debt consolidation company based in New Jersey. With the highest median credit score in the last 10 years, this group of young adults also boasts the highest median home loan debt, at $395,038.

“While we expected to see graduates of earlier class years borrowing more home loans,” the report stated, “we instead see a trend indicative of the housing market over time—a peak in 2008 followed by a large recession and tentative recovery starting in 2012.”

LendEDU’s data shows all groups but Associate-degree graduates have at least a good or very good credit score. Something that could indicate the true value of a higher degree.

The report explained, “After the recession hit and a college degree no longer guaranteed a job, many began to wonder: what’s the real value of a college education? With some patience, perhaps a good credit score.”

Ultimately, it seems higher education, over time, leads to higher credit scores and therefore larger mortgage loans and higher debts. This means that while this year’s class is currently on track for the poorest credit scores in recent memory, that doesn’t indicate they’ll be unable to secure a home in the not-too-distant future.