Home >> News >> Data >> A Cloud of Uncertainty Weighs Over Housing

A Cloud of Uncertainty Weighs Over Housing 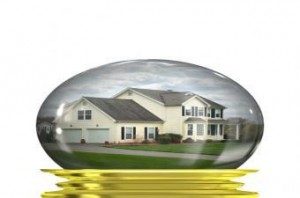 The future of the housing market is uncertain, one reason being the unsteady financial footing of cash strapped, debt-loaded millennials, Five Star Institute President and CEO Ed Delgado noted in a Thursday webinar hosted by the FORCE, a Five Star membership group for agents and brokers. Delgado began by discussing the more stable cornerstones of the economy, namely the declining unemployment rate. During the election, President Trump made a promise to increases American jobs, but there’s little room to increase with an overall unemployment rate of 4.7 percent. However, not all sectors fair evenly. “Where there is an enormous opportunity is in correcting the underemployment of the labor sector in the U.S.,” Delgado said.

Another major cornerstone of added stability to the current market are the declining rates of 60-day and 90-day delinquencies. “If we go back as near as three years ago, we had about 4.5 percent of loans 60-days past due. Today that number rests at a three-year low of 2.29 percent,” Delgado said.

In discussing what we can expect from the market in 2017, Delgado noted the rising average debt per borrower. Financial stress is increasing in American households even though the delinquency rate is at a pre-crisis low. “There’s a growing burden of debt strain as it relates to student debt in this country,” Delgado noted. In fact, Delgado shared that millennials who graduated in 2016 are sitting on an average of $37,000 in student debt, according to a report by Mark Kontrowitz via the Wall Street Journal.

Other unknowns in the mix are the uncertain futures for Dodd-Frank and the Consumer Financial Protection Bureau. How the market will react to all these factors remains unclear for now. However, Delgado is certain that within time, the unknowns will become knowns.

Editor’s Note: The Five Star Institute is the parent company of MReport and theMReport.com

Previous: What Rate Increase?
Next: Experts Predict a Jump in Home Values