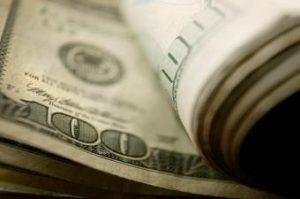 According to a report from the Federal Reserve Board, while the net worth for the average U.S. renter was just $5,200 as of 2016, that number jumped to $231,400 for the average homeowner. But saving enough for the down payment necessary to make the transition from tenant to owner can be next to impossible for many American families, some of whom are saddled with student debt.

However, on transactions where CBCMA provided down payment assistance, the average home value gain was $26,942. The company determined the equity growth by analyzing publicly available automated property valuation data for 17,500 of its transactions. The analysis also found that 96% of CBCMA customers have seen price appreciation.

In aggregate, CBCMA's customers have realized $469 million in increased wealth since purchasing their homes as a result of utilizing one of its down payment assistance programs.

"Our programs have enabled thousands of families, who otherwise would have been unable to save for a down payment, to achieve the American Dream," CBC Mortgage Agency President Richard Ferguson stated. "It is especially gratifying to know that many of our customers are black, a group who often lacks intergenerational wealth and whose median net worth is barely a 10th of their white counterparts."