Home Improvement Projects on the Rise 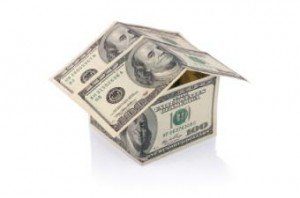 In a survey released on Monday by LightStream, a division of SunTrust Banks, Inc., 59 percent of homeowner’s plan to spend money on home renovation projects in 2017.

Outdoor home renovations continue to be No.1 in home improvement projects at 41 percent, while, home repairs and technology was reported at 32 percent. Bathroom updates (28 percent) and kitchen remodels (24 percent) closed out the top four of most popular home improvement projects. Fourteen percent of respondents lists garages as their most important project, while 7 percent listed pool installations.

Meanwhile, 60 percent of homeowners intend to use their savings to finance renovation projects while 29 percent said they would use credit cards, a 16 percent increase from the previous year. Nine percent of homeowners plan to take out a home equity line of credit to pay for renovations while 7 percent plan to use home renovation loans, and 6 percent reported liquid investments as the payment option of choice.

"Though credit cards typically advertise rewards, they may in fact have high interest rates or convert to higher rates after an introductory period. For large-ticket home improvement purchases, credit cards may not be practical. It's important that consumers explore alternatives, such as a home improvement loan or home equity line of credit,” Todd Nelson, LightStream business development officer, said.

Finally, 60 percent of millennial homeowners plan to spend money on renovating their homes this year, a 25 percent increase since 2014. Generation X led all groups with 72 percent planning to spend on renovations. The boomer generation, ages 55-64, intend on focusing on kitchen (12 percent) and bathroom remodeling (13 percent).

Regionally, 64 percent of buyers in the West reported that they are planning a home improvement project in 2017—a 10 percent jump year-over0year. In addition, 61 percent of homeowners in the South and 56 percent in the Midwest and Northeast, also plan on spending money to make renovations on their homes in 2017.