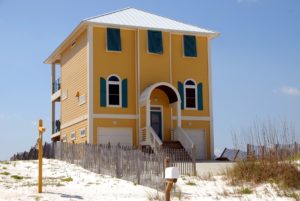 Would-be buyers casting their net for a shelter by the shore would be wise to take note: according to a new CoreLogic study, the nation’s priciest places to live are largely located on its two coasts. And amid today’s morphing marketplace—i.e., new limits on state and local tax deductions compounded by a drop in the mortgage interest deduction—potential purchasers might not bite if the price isn’t right.

A quick glance at CoreLogic’s methodology: Employing data pulled from public records to assess the high-cost locales, the company first estimated the annual mortgage interest payment for each county it studied. Then it pinpointed the median annual property tax amount and then ranked the counties by total cost, identifying the top-100 highest-cost counties.

On the West Coast, California hosts a high concentration of expensive communities, CoreLogic reports. Twenty-two Golden State counties made the list—all of them adjacent to or close to the coast; 16 of those also residing in the top-50 list. Four California counties—San Mateo, San Francisco, Marin, and Santa Clara—had an average 2017 loan origination amount over the new maximum of $750,000 and a median property tax amount north of $6,000.

Prices are also making waves on the East Coast, the study found. There, New York and New Jersey together represent 23 of the top-100 counties and 28 percent of the top 50. Last year’s (gulp) $924,000 average loan amount in New York, New York, outstrips the new origination limit for mortgage interest tax.

Although it’s between the coasts, Texas’ surging property tax amounts gained that state a seat at the top-100 table, with five counties materializing on the list. While not in the top 50 when looking at both mortgage interest expense and property tax, four of them—Collin and Denton (Dallas-Plano-Irving CBSA), Travis (Austin-Round Rock CBSA), and Fort Bend (Houston area)—have median property taxes topping $5,000. If ranked by property tax amounts alone, each of those four counties would rank in the top 50.