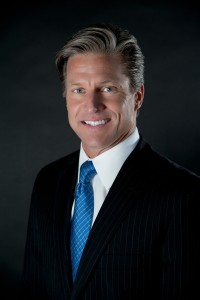 Embrace Home Loans recently announced that  former CEO of Lenders One, Jeff McGuiness, has joined the national lender as its chief sales officer. McGuiness will assume responsibility for all three of Embrace’s production channels, including retail, consumer direct, and bank fulfillment, consisting of more than 275 loan officers and 50 locations nationwide.

“Embrace Home Loans has a well-earned reputation in the industry for its commitment to customer and employee experience,” said McGuiness. “I'm excited to join the very talented team at Embrace as we focus on aggressively growing each of the different business lines.”

Previously, McGuiness led Lenders One as their CEO and has also worked with Aurora Bank, American Home Mortgage, and Citimortgage, according to the announcement. As chief sales officer for Embrace, he will lead a team of growing senior sales talent, which includes hires over the last several years of former Bank of America executive Mike Watkinson and former principal of Mason Dixon Funding Cary Reines.

“We are thrilled to have Jeff join our organization and look forward to his leadership,” said Kurt Noyce, president of Embrace Home Loans. “Given our three distinct sales divisions, we could not have found a more perfect leader. As excited as we are with his unparalleled experience and well-known success in leading retail, consumer direct and third-party, it is Jeff’s character and integrity that we admire most. We are encouraged that his leadership will play a pivotal role in driving our organization to greater success.”

“This team will substantially accelerate the production and growth in each of our sales divisions, attracting the best and brightest to Embrace, while also preserving our purposeful customer-centric model," Noyce added.

Embrace Home Loans, in its 33rd year of business,  is a direct lender for Fannie Mae and Freddie Mac, approved by FHA and VA, and an issuer for Ginnie Mae. The company has helped hundreds of thousands of individuals and their families purchase new homes, lower their monthly payments, and consolidate high-interest debt since its inception.