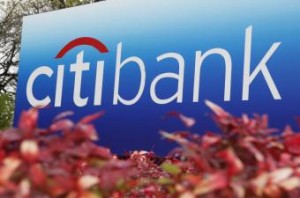 Citigroup reported an increase of 7 percent in its net income from $3.2 billion up to $3.4 billion year-over-year in the company's 2014 Third Quarter Earnings Report released on Tuesday.

The net income increase was driven by higher revenues and a decline in credit costs and was partially offset by higher operating expenses. Excluding credit value adjustment/debit value adjustment (CVA/DVA) in both periods and the tax benefit from the prior year, Citigroup's net income for Q3 was $3.7 billion, representing a 13 percent year-over-year increase.

Overall, Citigroup's revenues increased by 9 percent year-over-year in Q3, up to $19.6 billion. Without CVA/DVA, the company reported revenues of $20 billion, which marked a 10 percent increase from the same period in 2013. The revenue increase was driven by Citicorp revenue growth of 8 percent and an increase in Citi Holdings revenues of 30 percent.

Citigroup's loans and deposits were each down by 1 percent in Q3 from the same period in 2013. Loans dropped slightly down to $654 billion while deposits fell to $943 billion. Citigroup's loans increased by 1 percent and deposits remained largely unchanged on a constant dollar basis, however. Declines in Citi Holdings, driven mostly by the North America mortgage portfolio, partially offset growth in Citicorp.

Global Consumer Banking (GCB) revenues in North America climbed by 5 percent in Q3 from the prior year up to $5.0 billion, reporting higher revenues in retail banking, Citi-branded cards, and Citi retail services. Revenues for retail banking jumped by 9 percent from Q3 2013 to Q3 2014, an increase that reflects a 9 percent increase in average loans and a 2 percent hike in average deposits. The gains in retail banking also reflect higher revenues in the U.S. mortgage business driven by an approximate $50 million repurchase reserve release in Q3. GCB net income in North America was reported at $1.2 billion in Q3, an increase of 33 percent from Q3 2013.

Citi Holdings reported a net income of $238 million in Q3, compared with a net loss of $115 million from the same period a year ago. Excluding CVA/DVA, Citi Holdings' net income was $272 million compared with a net loss of $113 million in Q3 2013. The gains in Q3 2014 were driven by higher revenues, lower operating expenses, and lower net credit losses. Net credit losses experienced a 45 percent decline in Q3 from the previous year, down to $347 million, fueled by improvements in the North America mortgage portfolio. The net loan loss reserve release plummeted by 79 percent in Q3 year-over-year, mostly due to the North America mortgage portfolio-related lower releases.