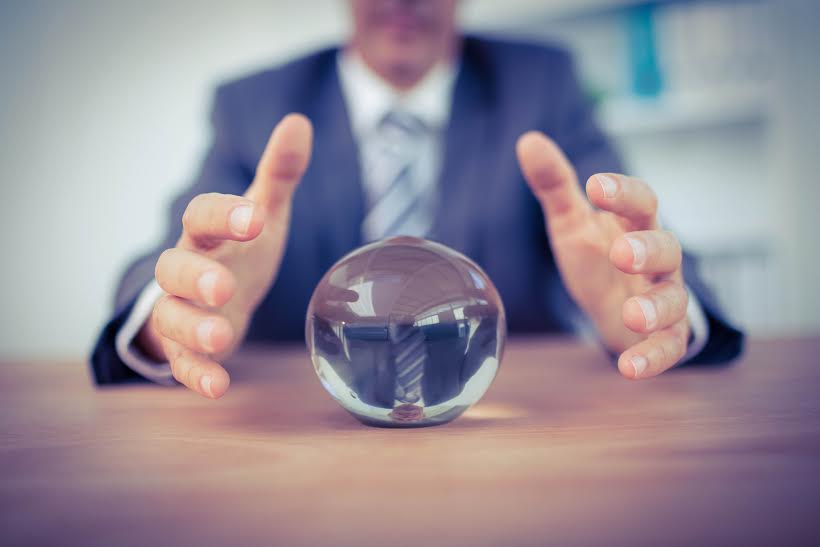 Two Mortgage Professionals Share Their Visions of the Future of Housing

By: Dick Lepre and Robert Spinosa

As one year comes to a close and another lies before us—a blank slate of unknown possibility and uncertainty—it is natural to reflect on what’s passed and speculate what’s to come. We asked two loan advisors to share their reflections on the past year and what legacy the current market leaves for the future.

One relatively recent issue in the housing market is the impact of student loan debt on the ability to qualify for a mortgage loan. There is a correlation between people who are at the age where they could buy their first home and people with student loan payments. The $1 trillion-plus in collective student loan debt has the effect of eliminating some would-be home purchasers. The debts I see that most often negate the ability to qualify for a mortgage loan are car payments and student loans. The message here is: If you have student loan debt and want to buy a new home, then purchase a good used car for cash first. Unless the cost of education stops increasing as much as it has, student loans could become an even larger impediment to home buying in 2025.

For those who have the means to purchase a home (income, credit, and reasonable assurance of job security), deciding whether to buy or rent may come down to economics. The choice depends on the local market. Home and rent prices depend on supply and demand, and the market for rentals does not always move in harmony with the market for homes for sale.

I live in San Francisco. In the past several years, we have seen very large spikes in rents and home prices. This is driven entirely by massive supply/demand imbalance. Four years ago San Francisco added 30,000 jobs and 150 housing units. Voters who turned down developments may be the same folks concerned about higher rents. This is a regional problem. Tech companies in the counties south of San Francisco add jobs, but the cities there add no housing. We have “Google buses” moving tech workers from their rentals in San Francisco to their jobs in Silicon Valley. Housing can best be addressed by regional planning.

In the period before the Great Recession, there were significant increases in home prices, which made home buying, in part, into a speculative investment. When prices were increasing, speculation increased demand, leading to large increases in prices, which then plummeted when the bubble burst. Speculation in housing can create serious problems for homeowners.

The natural level for housing starts should be determined by the rate of increase in the population plus whatever housing is lost to scrappage or disasters—historically about 1.5 million units per year. Housing starts began falling in 2007 and are presently at about two-thirds of that level. By 2025, this should return to the normal 1.5 million units per year. Most housing is created by private developers. This can be restricted by access to credit, such as we witnessed after the 2008 liquidity crisis. In times of economic uncertainty, developers may simply choose to do nothing.

Student debt, credit access, speculation and potential changes to tax codes are major issues in today’s housing market that will continue to play out over the next 10 years.

I knew the day would come. In fact, I had rehearsed it several times since my mother passed away, far sooner than any of us expected. The contents of the ragged manila folders, pried from family home’s basement and given unceremoniously to me, not so much signaled a passing of the torch, but more a passing of “the stuff.”

Out of the collection of abecedarian homework assignments and Camelot-era newspaper clippings fell some mortgage and title paperwork, dated May of 1941. It pertained to my mother’s childhood home, 771 Fulton St. This was the “giant leap” in our family’s mankind, the first real estate owned by a first-generation immigrant. I sat there for a few minutes staring at the documents. I could hear the manual typewriter clacking them out, even though it’s unlikely their reader would ever understand many of the words. Just as today, where we assault borrowers with a tangle of incomprehensible disclosures that might as well be written in a foreign language, these documents, to my grandfather, literally were.

Buying that first piece of property changed everything for the shoemaker from Eboli, Italy. Whatever insecurities or challenges he’d faced before or during the process, they paled in comparison to the importance of realizing the goal.

Flash forward to 2008. Employment and the broader economy are in a freefall, and the housing market is peering into the abyss. Homeowners who “bought at the top” throw in the towel. Pessimism abounds. Chinks in the standard-of-living armor begin to appear for my generation and even the Boomers before me. The children of the Great Depression nod silently as if to say, “Told you so.” Born-in-the-USA Americans lose their jobs and their homes in the span of a few months. In just a few short years, the wisdom of owning your own piece of real estate, even if “they ain’t makin’ any more of it,” rings hollow.

What appeared too good to be true really was. Now we knew better.

Over the past couple of years, mortgage industry professionals have spent many waking hours trying to figure out how millennials are going to get their housing on. It’s almost as if we envision our slick, targeted marketing efforts waking up these hip, young ALIENS, having them rise, en masse, from their parents’ couches and queue like zombies to fill out 1003’s. We keep playing out this HUD-inspired “Dawn of the Dead” as a single event and not the culmination of a series of small, nearly imperceptible forays they make into this still redoubtable undertaking.

Just because this new set of buyers has more computing power in their cell phones than the sum total of all the Apollo missions doesn’t mean they’re trying to evade human interaction. On the other hand, I’m not sure they want us crying on their shoulders about the intricacies or inconsistencies of TRID or Dodd-Frank, so at the outset we have to be careful not to rain too intensely on their growing desire to put down roots. Nowadays, I’m less and less surprised to find that even before contact has been initiated I’ve been vetted online. “Do I have a history of responding in a timely fashion?” “What’s my stance on today’s very real concerns about burdensome student loan debt or housing prices that some feel might be precariously close to slipping off another corniced summit?”

When we—and I mean loan officers, processors, servicers, etc.—respond on every level, can we relate to this next generation on their terms? Can we detect the pulse of preconceptions and prejudices that flow from all they’ve seen and heard over the last decade? What is our tone, and does it inadvertently convey our own inner sense of sarcasm and cynicism about what’s become of our industry? Or, do we do a good enough job to genuinely conceal our trials in the name of their best interests?

To be “in the trenches” in the mortgage industry these days leaves little time for reflection. Instead of focusing as we’d like on customer service, we spend far too much of our time navigating a circle of regulation-by-enforcement hell that Dante himself would have lacked the malevolence to conjure. That said, we’ve been left no choice to but to interface with Gen Y, even if we are an aging industry dying to attract new blood.

What’s going to save us? I believe it’s the very personal commitment to excellence by many who remain, and every day I witness incredible resourcefulness within our ranks. In a world of fewer options and more restrictions, I see the pros in my company doing more with less on a routine basis. From the taking of an application through to post-funding, real people are going the extra mile to see that those we serve have a great experience. Note that I didn’t only say “get a qualified mortgage.” I believe that 10 or even 75 years down the road, our borrowers will not remember their TIP, but they will remember the tips we shared as real people.

It’s 2015, and in the last 10 years alone, both borrowers and industry personnel have witnessed tectonic shifts in the mortgage experience. It could just be that we’ve been so busy adapting to change that we haven’t stopped long enough to recognize what we’ve transformed for the better all around us. Ten years in the future, I’m banking on the fact that this will be self-evident, and it may even become our legacy. The “Darwin Generation” will prevail, as will housing’s powerful momentum. Until then, I don’t see a lot of us sitting around waiting for an evolution. Today, for one, I am going back into that bank, no matter how foreign a place it may be or become, and I am again putting my signature behind a better future. Tomorrow has always been the real American Dream anyway.

Dick Lepre has been a loan officer since 1991. Since June 1995 he has produced a weekly newsletter called RateWatch, which is received by more than 16,000 people each week. Much of the content of these has been reproduced on other web sites. It may be seen at Loanmine.com/RateWatch.

Robert Spinosa is a top-producing loan advisor with RPM Mortgage in Mill Valley, California. He and his wife, Michelle, live and own real estate in Marin County. When not chasing his three-year old son, Spinosa has been seen chasing the world’s best triathletes at the Ironman in Hawaii.