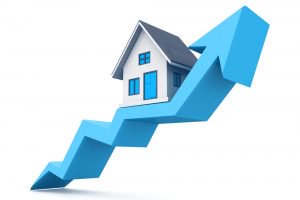 2018 might see first-time homebuyers facing higher rates of price growth for starter homes and further erosion of affordability according to the Home Price Index (HPI) for November 2017 and released on Tuesday by property analytics firm CoreLogic.

The HPI report for November indicated home prices across the U.S. increasing  year over year by 7 percent from November 2016 to November 2017. Month over month, they increased by 1 percent in November 2017, compared to October 2017.

CoreLogic also released its HPI forecast, which is a projection of home prices using the CoreLogic HPI and other economic variables. Values are derived from state-level forecasts by weighing indices according to the number of owner-occupied households for each state.

“Without a significant surge in new building and affordable housing stock, the relatively high level of growth in home prices of recent years will continue in most markets,” Frank Martell, President and CEO of CoreLogic said. He added, “Although policymakers are increasingly looking for ways to address the lack of affordable housing, much more needs to be done soon to see a significant improvement over the medium term.”

According to CoreLogic’s Market Condition Indicators (MCI) data, an analysis of housing values in the country’s 100 largest metropolitan areas based on housing stock, 37 percent of metropolitan areas had an overvalued housing stock in November 2017. This means that home prices were at least 10 percent higher than the long-term sustainable level in these areas. Washington, Nevada, Utah, and Idaho posted 12-month price gains of 10 percent or more in November, the data indicated.

The data also indicated that 36 percent of the top 100 metropolitan areas were undervalued (prices were at least 10 percent lower than the long-term sustainable level) and 26 percent were at value.