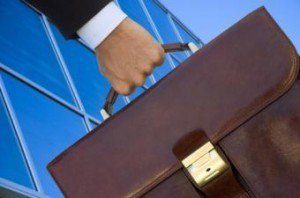 Redfin’s analysis tracks home sales in more than 1,000 cities across the country and defines a home as luxury if it is among the top 5 percent most expensive homes sold in the city in each quarter. The bottom 95 percent of the market performed far better than the luxury market in the fourth quarter.

This marks the eighth consecutive quarter where non-luxury properties outperformed their luxury counterparts in price growth. An average non-luxury home sold for $312,000, up 6.1 percent compared to a year earlier, the largest such gain since the first quarter of 2014.

“Cities with booming luxury markets attracted traditional high-income buyers seeking a place to live, work and grow their families,” Richardson said. “Prices in cities with more transient luxury buyers, looking for investments or a place to park their wealth, had more tepid growth to close out 2016.”

The supply of homes for sale above $1 million ticked up 0.6 percent in the fourth quarter, compared to a year earlier, while the number of homes priced above $5 million jumped 15.1 percent.

San Francisco led the nation with the highest average sale price for a luxury home at $5,816,000. Los Angeles, Boston, Oakland and Santa Clarita, California followed quickly behind. Santa Clarita, a suburb of Los Angeles, showed the highest price gain being up 113.8 percent in the fourth quarter compared to a year earlier, to an average of $2.0 million.

“Santa Clarita has seen a lot of new construction and master-planned community developments over the past few years, which are raising its profile and attracting new buyers as these homes are now appearing on the market,” said Redfin real estate agent John Underwood. “Most luxury homebuyers in Santa Clarita commute to Los Angeles, but they get far more bang for their buck living in this suburb, where price per square foot is very favorable. The public school system in Santa Clarita is highly rated, which is a draw as well.”