What’s Driving 65% of U.S. Homeowners to Have Smart Home Devices? 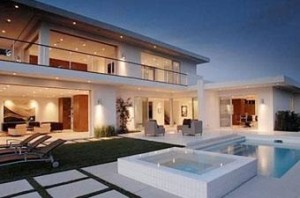 A new survey of 1,000 American homeowners shows that smart home devices are on the rise. The results show that 65% of adults in the U.S. have one or more smart devices in their homes, the most popular devices being smart speakers, thermostats and lighting.

There are a number of causes for smart home devices’ growing popularity. However, the main concern on homeowners’ minds, according to the ValuePenguin survey, is climate change.

Among all of those surveyed who have a piece of smart home technology, 49% have a could be considered environmentally friendly, such as smart thermostats/AC, lighting, kitchen appliances, plugs/outlets, vacuums and sprinklers.

Of those who are very concerned about climate change, 52% who also have a smart home device claimed they purchased it specifically because it’s environmentally friendly.

Male survey respondents, Gen Xers (people between 40 and 54), and those living in the Northeast region of the U.S. were found to be the most likely to have smart home devices. Out of all the men surveyed, 82% had a smart home device compared to 49% of women.

As insurance companies have started to reward homeowners for “safe and conscious behavior,” 56% of survey participants “said they would be willing to purchase and install smart home technology in order to receive a discount on their insurance.”

Smart home devices will likely continue to grow in popularity among U.S. homeowners for their money-saving and environment-friendly benefits.