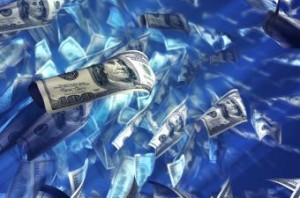 The third quarter of 2014 saw more than a quarter of a million American homes return to positive equity, leaving about one in 10 still underwater, CoreLogic said Thursday.

According to the company's latest estimates, an additional 273,000 U.S. homes recovered to a positive equity position in Q3, bringing the total number of mortgaged homes with equity to approximately 44.6 million—about 90 percent of all mortgaged properties in the nation.

As home values rise and borrowers continue to gain equity, CoreLogic's analysis indicates that nearly 5.1 million properties are still upside-down on their mortgage. That figure represents about 10.3 percent of all residential properties with a mortgage compared to about 13.3 percent the year prior.

"Negative equity continued to decrease in the third quarter as did the level of homes mired in the foreclosure process. This should hopefully translate into less friction in the housing market as we move forward," said CoreLogic president and CEO Anand Nallathambi. "Better fundamentals supporting homeownership in the face of higher rents should attract more first-time homebuyers to the market this year and next."

With home prices expected to appreciate about 5 percent in the next year, CoreLogic economist Sam Khater predicts the national negative equity rate should fall another 2 percentage points to roughly 8 percent—"still above average, but approaching the pre-crisis level."

The bulk of home equity recovered in the last few years has been at the high end of the housing market, CoreLogic said. The company's report shows 94 percent of homes valued at more than $200,000 are in positive equity, while 85 percent of homes below that threshold are in the same position.

Declines in negative equity in the third quarter were concentrated in a handful of states, with Nevada, Georgia, Michigan, and Florida seeing some of the biggest improvements. However, those states are still experiencing higher than average levels of underwater mortgages. The problem is worst in Nevada and Florida, which both topped the list of states with the highest negative equity rates (at 25.4 percent and 23.8 percent, respectively).

These under-equitied and near-negative equitied properties still present a challenge to the housing market, as those borrowers are likely to have a difficult time refinancing or selling their home. They're also at risk of slipping back underwater should home prices see a surprise reversal.