Housing Shortages Fueling Price Increases, But Not at 2015 Levels 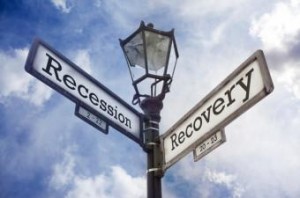 As far as the U.S. housing market is concerned, it’s got a lot to live up to compared to 2015. Last year was, in fact, the market’s best year since before the crash, and its success has led most insiders to be optimistic about the coming year.

But while 2016 should be fairly upbeat, the National Association of Realtors’ Chief Economist, Lawrence Yun, is urging a more sober picture of expectations for the year ahead.

On Tuesday, Yun announced that while existing home sales are expected to expand in 2016, the pace of growth will be more moderate, due to collision of pent-up buyer demand and overall affordability and meager economic growth.

In the NAR-published video, Yun says that rising mortgage rates, shaky global economic conditions, and the fact that home prices still outpace wages will likely hold back a stronger pace of sales.

"This year the housing market may only squeak out 1 to 3 percent growth in sales because of slower economic expansion and rising mortgage rates," Yun says. He adds that home prices will continue to rise in the wake of a new housing shortages in many markets.

This, he says, is “because of the cumulative effect of homebuilders under producing for multiple years. Once the spring buying season begins, we'll begin to feel that again."

All of 2015’s sales numbers are not yet in. Yun is still waiting to see how December sales fared, but according to his video, he expects existing-homes sales to finish the year up 6.5 percent from 2014. That’s a pace of around 5.26 million, which is the highest set of numbers since 2006. It remains, however, roughly 25 percent below the 7.08 million peak set in 2005.

Previous: 10 Markets Where Investors Should be Home Shopping
Next: The MReport Webcast: Thursday 1/14/2016