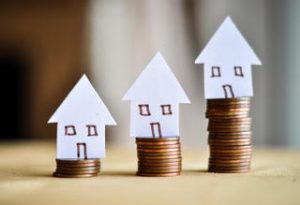 What if borrowers could afford their dream home at an economical price? According to a recent report, they can—depending on the location they choose to call home.

In a recent report by Realtor.com, data identified 10 markets out of the 500 largest cities in the country that have the lowest median home prices.

“There are a lot of people in that first-time home-buyer group looking for starter homes, and they can’t afford it in many top metros,” Robert Silverman, Professor of Urban Planning at the University of Buffalo in New York told realtor.com. "If they’re mobile, [they can move to] a smaller, affordable community with cheap homes and great amenities."

Ranking No. 1 on the list is Marion, Indiana. The report notes that homes in this city cost about a quarter of the national median list price of $269,900—with a median home price of $66,750. In addition, according to the U.S. Bureau of Labor Statistics, unemployment in the Marion metro area is extremely low, at 3.3 percent in November 2017.

The second most affordable area is Danville, Illinois, with a median home price of $69,700. The report attributes the low home prices to the population's steady decline since the 1970s.

Mayor of Danville for over 15 years, Scott Eisenhauer, explained how living in this area gives homebuyers the option of having big-city amenities for a third of the cost of living.

Just two hours away from Philadelphia and three hours away from New York City, Pottsville, Pennsylvania serves as the third top affordable housing market. With its close proximity to big cities and a median home price at $69,900, this area is an option to consider.

With a media home price of $88,900, Bay City, Michigan ranks as the fourth most affordable metro in the country. However, the report notes that Michigan was one of the states hit hardest by the housing collapse and resulting financial recession—losing approximately 300,000 jobs. Today, the state’s unemployment rate is more than two percentage points higher than the national average at 6 percent.

Completing the top five is Weirton, West Virginia. According to the report, this metro area has been given an economic recovery due to the oil and gas industry and the expansion of fracking. The median home price is $90,000 and the location’s rate of serious crimes is less than half the national average at 159 per 100,000 residents.

To view the rest of the top 10 metro areas—and read why they made the cut, click here.

Previous: Homebuyers Still Worried About Prices and Availability
Next: Buyers and Sellers Get Smart About Homes