Home builder confidence in January 2016 changed very little from December's level, but this only means that economists were spot on with their predictions for the new year.

Last month, builder confidence in the market for newly constructed single-family homes decreased to 61 but was later revised to 60. This month, builders' confidence rests at 60 as well, according to the National Association of Home Builders (NAHB)/Wells Fargo Housing Market Index (HMI).

“After eight months hovering in the low 60s, builder sentiment is reflecting that many markets continue to show a gradual improvement, which should bode well for future home sales in the year ahead,” said NAHB Chairman Tom Woods, a home builder from Blue Springs, Missouri. 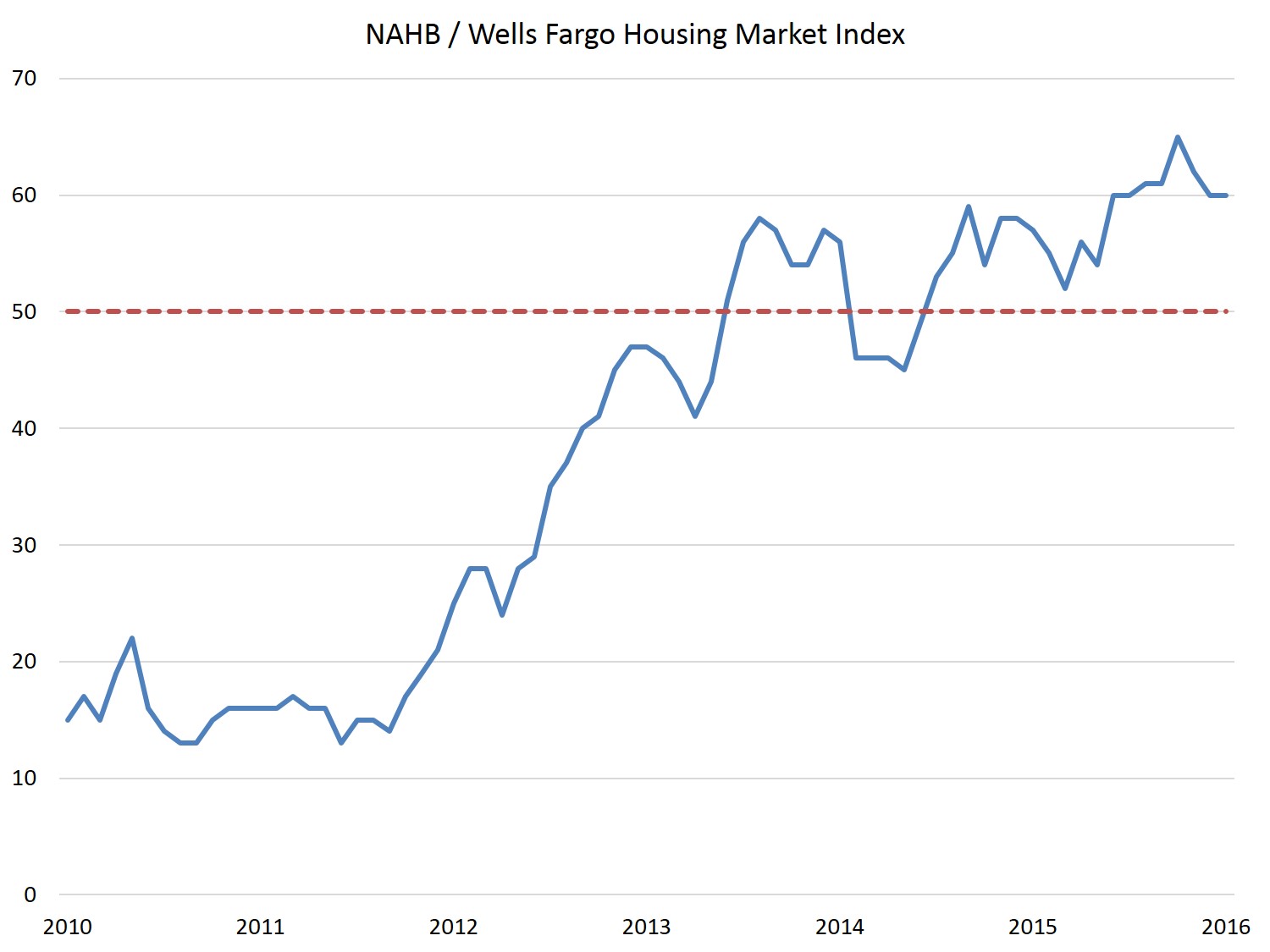 In January, only one HMI component experienced an increase, while the other two components decreased month-over-month, the NAHB reported.

According to the data, regionally, in terms of three-month moving averages for regional HMI, all four regions decreased slightly. The Northeast, Midwest and West all fell one point to 49, 57, and 75, respectively. The South declined two points to 61.