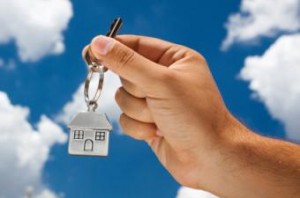 Early January indicators suggest the housing market got off to a strong start in 2015, with inventory growth and increased demand driving growth in what's usually a chilly month for the sector.

Looking at home sales data recorded nationwide throughout the month's first three weeks, Redfin estimates that the median home price for this month is $266,400.

While that marks a 1.2 percent decline from December, it's a much smaller drop than those recorded in the last few Januarys, and it's still higher than a year ago by 7.6 percent, Redfin said.

What's different this January is that both supply and demand are in much better shape than they were a year ago, said Redfin's chief economist, Nela Richardson.

"More people listed their homes for sale in December than in any other December since 2008," Richardson said in a post on Redfin's site. "That much-needed inventory paired with strong buyer demand led to a solid increase in home prices in January compared with last year."

For the year's first three weeks, Redfin says the number of customers requesting tours with its agents was up 40 percent from this time a year ago. In just the last week alone, home tour demand was up 62 percent year-on-year.

More encouragingly, the share of first-time homebuyers is on the rise. For the week of January 12, Redfin estimates 57 percent of home tours were taken by first-timers compared to 31 percent the week prior, 44 percent the month prior, and 48 percent the same week in 2014.

In an email, Richardson said that the announcement of an imminent reduction in annual Federal Housing Administration (FHA) mortgage insurance premiums played a role in reviving interest among first-time buyers. She doesn't discount other factors, however.

"The new year is a common time for people to start kicking off their home search," she said. "First-time buyers can start their search earlier because they don't have to sell their current property first, unlike move-up buyers."

While the surge in buyer demand is similar to the frenzy seen in spring 2013, there is a key difference: Buyers back then didn't have nearly as much negotiating power as they do now, Redfin says. According to the company’s December data, 14.8 percent of homes sold last month went for more than their list price, the lowest percentage of any month in the past three years.

"December housing activity shows us that buyers are finicky when it comes to prices," Richardson wrote. "They will buy, but they won't overpay."