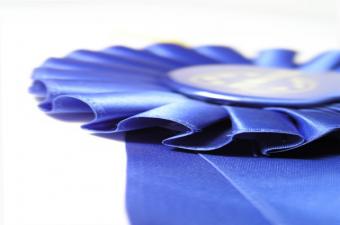 Regional bank ""BB&T"":www.bbt.com/ is starting of the year with a slew of awards for its small business and middle market banking groups.

Greenwich, a provider of research-based management services for financial professionals, extends the annual national and regional honors based on interviews with nearly 13,500 small businesses and nearly 11,500 middle market companies. According to a company statement from BB&T, only 39 of the 750 banks evaluated were recognized among the awards for middle market banking, and only 43 banks were included in the awards for small business banking.

BB&T's president of community banking, Ricky Brown, said of the recent honors, ""BB&T has never lost sight of its focus on small business and middle markets and we are delighted to receive this recognition from our clients. We believe that a client-focused strategy through our community banking structure serves our clients well.""

To determine the recipients of the yearly awards, Greenwich examines banks' performances as recorded in its annual U.S. Small Business and Middle Market Banking Study. Greenwich conducts the survey by asking decision makers from diverse small businesses ($1 to $10 million in annual sales) and middle market businesses ($10 to $500 million in annual sales) to rank their bank's success across 10 categories related to banking and treasury management categories.

Banks earning honors from Greenwich are chosen based on statistical differentiation among financial institutions that receive a 95 percent or better confidence level. Since 2009, BB&T has been given a total of 61 awards from Greenwich, besting all other banks.