Home >> Daily Dose >> Akron, Ohio, Found to Be Most Affordable for Black Americans

Akron, Ohio, Found to Be Most Affordable for Black Americans 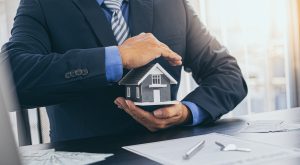 The high prices and record-low inventories that have been dominating the market for the last year are not doing much to address the plight of Black Americans whom want to own a home.

Using data from the NAR and Realtor.com, the report analyzed housing affordability by racial group to help explain the differences in homeownership.

One major barrier that stands in the way of minorities homeownership is income. Nationwide, 35% of white households had an income over $100,000. This number drops to 20% of Black households, 25% of Hispanic, but rises to 50% of Asian-American households.

This number ties into affordability and the current inventory crisis the market is experiencing. Approximately half of all homes (51%) listed for sale on the market are considered affordable to households that make at least $100,000 annually, but this number also is subjective based on which market the properties are in.

Cities such as Minneapolis and San Francisco saw the biggest gap in affordability between White and Black households. Affordability concerns were less serious in smaller metro areas. For example, Akron, Ohio, was found to be the most affordable city for Black Americans to own a home due to the fact that while 77% of Black households earn less than $75,000 annually, they can afford to buy 72% of active listings in the area. Other affordable cities include Youngstown, Ohio; McAllen, Texas; Baltimore, Maryland; Memphis, Tennessee; Toledo, Ohio; Dayton, Ohio; Birmingham, Alabama; Detroit, Michigan; and St. Louis, Missouri.

“In general, an increase in salary makes housing more affordable to a buyer. But due to the reductions in inventory over the last few years, today’s buyers in large tech markets can actually afford a smaller number of homes than they could two years ago, despite an uptick in wages,” said Realtor.com Chief Economist Danielle Hale. “The low inventory challenge is particularly acute for some racial and ethnic groups who have faced greater hurdles to homeownership stemming from, among other things, lower incomes as a group.”

“Moreover, the homeownership rate has been around 50% for all households in the expensive metro markets, such as Los Angeles and San Francisco, and therefore it’s becoming nearly impossible to afford a home, especially for Black households,” said NAR Chief Economist Lawrence Yun. “At the same time, there are affordable markets that still provide opportunities to achieve homeownership as inventory at affordable price points is reasonably available.”

Companies are beginning to realize the gap in homeownership rates and are taking steps to close it.

Incenter LLC, a family of companies serving the mortgage and lending industries, recently announced a new partnership with the The National Association of Minority Mortgage Bankers of America (NAMMBA) with the goal of getting more women and minorities into jobs in the mortgage industry.

According to Incenter, this partnership is twofold: one is to get marginalized people into industry jobs. The other is the hope that the people hired for these jobs will become advocates for homebuyers of color who have traditionally been underserved in the mortgage and lending space.

According to NAMMBA, women, Hispanics, African Americans and Asians are expected to become key drivers of the first-time buyer market, with the yet unrealized potential to comprise up to 75% of new homeowners.

“We are proud to be partnering with Incenter,” said NAMMBA Founder and CEO Tony Thompson. “Their pledge to NAMMBA’s mission of strengthening the mortgage and finance industry with a more diverse workforce shows they are looking to the future of homeownership in America.”