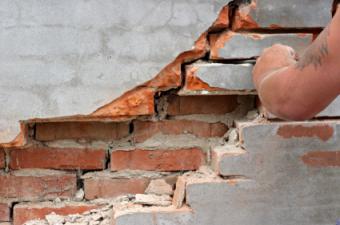 Applications for residential permits rose 1.8 percent to a rate of 925,000, the highest level since June 2008.

Economists had expected start activity to drop to 914,000 in January from the initial report for December of 954,000 starts. Permits, according to the consensus forecast, were expected to increase to 920,000 from the original report of 903,000 in December.

The decline in starts was led by a steep drop in multi-family activity, which fell 24.1 percent to 277,000--the steepest month-over-month decline since December 2011, when starts fell 28.6 percent in one month.

Builders completed 724,000 residential units in January, an increase of 6.0 percent (41,000) from December. Single-family homes accounted for most of the increase: 37,000, the largest monthly gain since last April.

As the ""Sandy effect"" wound down, builders also faced weather challenges in January. Those hurdles stretched into February, culminating in the storm dubbed ""Nemo"" that paralyzed the Northeast February 8-9. The storm will likely have an impact on the starts report for February.

Despite the drop in the headline numbers for starts, the report showed continuing, steady strength for single-family activity, which improved a scant 0.8 percent over [COLUMN_BREAK]

""Builder confidence in January"":https://themreport.com/articles/builder-confidence-stalls-in-january-2013-01-16, as measured by the Housing Market Index compiled by the ""National Association of Home Builders"":http://www.nahb.org/, was flat to December, breaking a string of eight straight monthly increases. The index ""reported Tuesday"":https://themreport.com/articles/led-by-south-builder-confidence-slips-in-feb-2013-02-19 for February dropped for the first time since last April.

According to the Census/HUD report, builders completed 565,000 single family homes in January, the strongest since June 2010, when builders rushed to complete work on homes so buyers could take advantage of the federal home buyer tax credit program. Completions, however, continue to far outpace new home sales. According to the latest Census-HUD report, the new home sales pace was 369,000 in December.

While data shows homeowners are in a more positive place with the mortgages than they were at the start of the decade, an economic downturn could be approaching soon.