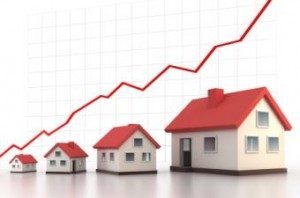 Sales of existing homes saw a significant jump in January, according to the National Association of Realtors. January’s sales are 3.8 percent higher than a year ago, and are the strongest since February 2007.

"Much of the country saw robust sales activity last month as strong hiring and improved consumer confidence at the end of last year appear to have sparked considerable interest in buying a home," said Lawrence Yun, NAR Chief Economist. "Market challenges remain, but the housing market is off to a prosperous start as homebuyers staved off inventory levels that are far from adequate and deteriorating affordability conditions."

The median existing single-family home price rose 7.3 percent from January 2016 to $230,000. Every major region saw an increase in median price for existing-single family home.  The South saw the highest increase, up 9.2 percent from a year ago, to $201,400.

Higher rates could have the effect of pricing some consumers out of the market. "NAR and Realtor.com's new ongoing research–the Realtors® Affordability Distribution Curve and Score–revealed that the combination of higher rates and prices led to households in over half of all states last month being able to afford less of all active inventory on the market based on their income." Yun said.

With affordability a concern for consumers, potential homebuyer may turn to the rental market instead. "Supply and demand imbalances continue to be burdensome in many markets, and now Fannie Mae is supporting a Wall Street firm's investment in single-family rentals," said NAR President William E. Brown. "This will only further hamper tight supply and put major investors in direct competition with traditional buyers. Instead, the GSEs should lower overly burdensome fees and help qualified borrowers become homeowners."

The average commitment rate for a 30-year fixed rate mortgage decreased to 4.15 percent in January from December’s 4.20 percent, according to Freddie Mac. Cash sales made up 23 percent of transactions in January.

Every region but the Midwest experienced an increase in home sales. Midwest home sales decreased 1.5 percent in January.

Previous: Credit Score is in the Eye of the Beholder
Next: The Results are In