Educated 20-somethings and the wealthy are flocking to cities creating a new model for what an American city typically looks like, according to a report released by the University of Virginia’s Weldon Cooper Center for Public Service. In the 1990s, U.S. cities were made up of a ring of thriving suburbs surrounding a decaying center. This “donut” model had wealthy and educated residents in the outer ring, while the center was filled with poor, minority-dominated residents, and crime-ridden and abandoned. 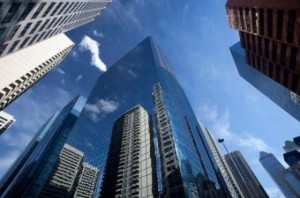 Today, cities resemble a “new donut” pattern with a resurgence of downtown and historic centers, often driven by young adults. The young adult population, ages 22-34, has grown in every city in the country, according to the report released by the Weldon Cooper Center for Public Service.This Millennial population has been shown to be interested in neighborhoods with walkability, and less interested in having a home with a big back yard or close to a good school district. Residents in the center of cities now tend to have a higher level of education than before, with new college grads moving to metropolitan areas. This influx of new residents has created a resurgence of development in cities.

“I've had lots of other friends graduate from college and move back to their parents' houses in the suburbs, only to find that they miss the close community they had in school and don't have much to do when all that surrounds them is strip malls and auto-oriented housing developments,” said Luke Juday, author of the report and research and policy analyst for the Demographics Research Group.  “As you can see from the graphs of young adults, they make up a very small percentage of the population in most outer suburbs.”

Now many of the neighborhoods in the earliest rings, which housed middle class families, are  attracting more lower-income residents. Because of this new geographical makeup, low income families may find buying a suburban home with a yard is cheaper than an urban apartment, forcing many of them out of the city.

“We have moved away from concentrating the poor in public housing projects and towards giving them vouchers and assistance on the open market. Additionally, automobile ownership and access is much more widespread among the lowest income groups than it once was. There is some excellent research on the economic logic of the poor in living places where rent and goods are more expensive so as to save the money on transportation costs,” Juday said. “All that, plus the fact that much early suburban housing has fallen out of style, and fallen in price, means lots of poorer families are moving for the same reasons middle-class families did decades ago. They can get a bigger house farther away and get their children out of urban school divisions. Surveys consistently show that most poor Americans aspire to car and home ownership and place a high value on the amenities provided in suburban areas.”

A new wave of population growth has pushed further out, creating a new outer ring where middle class resident who once populated the inner ring are migrating to. The longer commute required from the outer ring is less attractive to young workers and older wealthy residents who are now populating the urban core.

The American “donut” shape model is both a global and historical anomaly, due in large part to U.S. history of segregation, urban renewal, and public housing policy. In the 1950s, many whites began moving away from cities in hopes to avoid minority populations. However, Juday believes cities might be self-correcting themselves today, as racial groups are less concentrated in particular rings than they once were. This challenges the stereotypes traditionally associated with metropolitan living.

“There was a very recent time in America when 'urban' meant 'black' and 'suburban' meant 'white.' Today, that's not the case,” said he said. “I don't know that individual neighborhoods are any more diverse than they were since the graphing method aggregates neighborhoods, but it does mean that today 'urban' and 'suburban' do not suggest any particular racial group in the way that they once did.”

Some of the key findings of the study are as follows: