Bad credit scores, excessive debt, and insufficient income are now the top reasons why borrowers received rejection for Federal Housing Administration loans in 2015, according to a new informal survey conducted by the Home Buying Institute. The survey of over 50 mortgage lenders showed a bad credit score, excessive debt, and insufficient income are the main obstacles in obtaining an FHA loan. 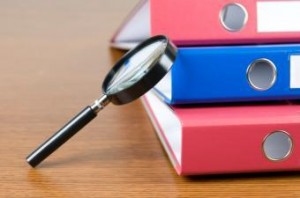 According to the Department of Housing and Urban Development, borrowers need a credit score of at least 500 to be eligible for an FHA loan in their tier one grouping. To qualify into tier two, which gives borrowers a 3.5 percent down payment option, a person would need a score of 580 or higher. However, mortgage lenders can themselves impose their own requirements and a previous survey conducted by the HBI showed many lenders want a minimum score between 580 and 620.

Before the recession, about 15 percent of Americans had a FICO score less than 600, while after the recession about 25 percent of Americans had the same low score, according to a study released in 2010 by Deutsche Bank. More recently, the Urban Institute and Encore Capital Group's Consumer Credit Research Institute found that one-third of consumers with credit files had debt in collection. That report, which examined TransUnion credit data from 2013, found 77 million Americans have debt 180 days past due, with the average person having about $5,178 in credit card, utility bill, or medical bill debt.

Americans accumulate lots of debt, which can lead to a high debt-to-income ratio, the second reason for FHA loan denial. According to HUD, borrowers can have a ratio as high as 43 percent. HUD provides other compensating factors for borrowers who may be above 43 percent, so this rule is not necessarily set in stone. According to research conducted by the Federal Reserve, American debt is on the rise. In total, Americans have more than $11 trillion in debt and a revolving outstanding credit of more than $880 billion.

While excessive debt could be cause for rejection, a borrower with a low debt-to-income ratio could still be denied due to low income. According to the U.S. Census Bureau, the median household income is $53,046. But 15.4 percent of Americans live under the poverty line. If the borrower has insufficient income to cover their loan payments, they will be denied for an FHA loan.

Previous: The MReport Webcast: Wednesday 3/4/2015
Next: Citigroup to Sell OneMain to Springleaf for $42.5 Billion