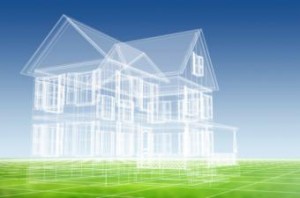 For all the discussion in the industry surrounding Millennials and their apparent lack of presence in today’s housing market, a new study from the National Association of Realtors (NAR) found they now account for the greatest market share of recent home purchases.

According to the association’s Home Buyer and Seller Generational Trends study for 2014, Millennials—aka “Generation Y” or “Generation Next”—comprised 31 percent of recent purchases, leading all other age groups. Following that were Generation X (defined as those born between 1965 and 1979), which made up 30 percent.

NAR chief economist Lawrence Yun said the increase isn’t that surprising, given that many in the younger generation are now in the peak period in which people buy their first home.

“Given that Millennials are the largest generation in history after the baby boomers, it means there is a potential for strong underlying demand,” Yun said. “Moreover, their aspiration and the long-term investment aspect to owning a home remain solid among young people.”

Indeed, about 87 percent of recent buyers age 33 and younger said they consider their home purchase a “good financial investment” compared to 80 percent of the total survey population.

Millennials were also among the age groups most likely to a simple desire to own a home of their own as their motive for purchasing—as opposed to senior generations, who relocated due to retirement or to be closer to friends and family.

Still, despite their evident interest, “the challenges of tight credit, limited inventory, eroding affordability and high debt loads have limited the capacity of young people to own,” Yun said.

Out of recent Millennial homebuyers, 20 percent said they had to delay their purchase because of difficulties saving for a down payment, with 56 percent of that group pointing to student loan debt as the greatest hurdle.

In purchasing characteristics: The median age of recent Millennial buyers was 29, according to NAR, while their median income was $73,600. The typical choice of homes among the group was a 1,800-square foot house costing $180,000.

Eighty-seven percent purchased an existing home, and they plan to stay in their homes for a median 10 years.

When it comes to shopping, all age groups typically began by looking online for for-sale properties and then contacting a real estate agent, though NAR found Millennials are more likely to also use the Internet to find information about the buying process. When it comes time to actually buy, though, it seems there’s no replacement for a human—according to the study, younger buyers relied more heavily than older groups on real estate agents to help them navigate the process.