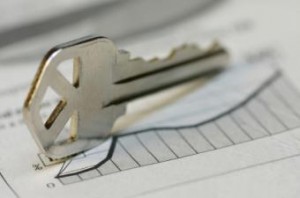 Year-over-year, February’s rate of sales was down 7.1 percent.

Looking at only single-family transactions, NAR says sales edged down a smaller 0.2 percent to an adjusted annual rate of 4.04 million, falling 6.9 percent below the same month last year.

“We had ongoing unusual weather disruptions across much of the country last month, with the continuing frictions of constrained inventory, restrictive mortgage lending standards and housing affordability less favorable than a year ago,” Yun said.

However, he added, “Some transactions are simply being delayed, so there should be some improvement in the months ahead.”

Regionally, existing-home sales were down in the Northeast and the Midwest, falling 11.3 percent and 3.8 percent from January, respectively. The story was different in the South and West, where sales rose 1.5 percent and 5.9 percent to top a pace of 1.0 million.

“Price gains have translated into an additional $4 trillion of housing wealth recovery over the past three years,” Yun said.

NAR president Steve Brown said the ongoing weakness in first-timers—many of which are Millennials—stems from debt issues.

“The biggest problems for first-time buyers are tight credit and limited inventory in the lower price ranges,” Brown said. “However, 20 percent of buyers under the age of 33, the prime group of first-time buyers, delayed their purchase because of outstanding debt.”

In fact, Brown added, a survey of recent first-time buyers showed that among young consumers who took longer to save for a down payment, 56 percent pointed to student debt as the biggest hurdle—to say nothing of those who aren’t yet even in the market.