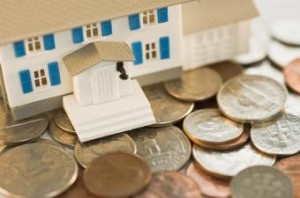 Home builders are performing well in their sector as profits trended upward for fiscal year 2014.

According to the National Association of Home Builders (NAHB) Cost of Doing Business Study: 2016 Edition, an analysis of financial statements for fiscal year 2014 from builders across the country, builders reported that their average revenue for the year was $16.2 million, 19 percent higher than 2012 and 13 percent higher than 2010.

"Industry benchmarks on profit margins, asset levels, and equity positions are important because they allow businesses to compare their performance to their peers, and that can be extremely helpful in identifying areas for improvement and increasing efficiencies," said Rose Quint, AVP for Survey Research at the NAHB. According to the NAHB data, of the $16.2 million in revenue for fiscal year 2014 reported among home builders, $13.2 million, or 81.1 percent of revenue, was spent on cost of sales, which can include land costs and direct and indirect construction costs.

This leave builders with a gross profit margin of 18.9 percent, or $3.1 million, the report showed. Operating expenses, which can include finance, sales and marketing, general and administrative, and owner’s compensation, took another $2.0 million, or 12.5 percent of revenue. Therefore, home builders walked away with an average net profit of $1 million before taxes, or a 6.4 percent net profit margin.

However, since 2010 profits have been slowly making their way back up, rising to 15.3 percent during this time with a net profit margin of 0.5 percent, according to the NAHB. In 2012, the gross profit margin trended up further to 17.4 percent while the net profit margin reached 4.9 percent. Home builders' balance sheets for fiscal year 2014 showed that builders had total assets worth $9.2 million in their books that year on average and $6.2 million, or 67.4 percent of all assets, of this total was backed up by liabilities and $3.0 million, or 32.6 percent, was held as equity.

"Looking at the balance sheet over the last few years shows that average total assets were not significantly higher in 2014 than in 2012 ($9.2 million vs. $8.9 million, respectively), but both of these years were good improvements over 2010, when assets only averaged $6.2 million. That number was about half the assets builders had reported in 2006–$13.0 million," Quint said.