New, healthy housing markets are emerging in the midst of further improvement of the real estate market overall. Which markets present the most opportunity for investors?

Nationwide's Health of Housing Markets Report for the first quarter of 2016 showed that its leading index of healthy housing markets (LIHHM) is in a healthy zone which suggests that the housing market is a sustainable condition.

According to the report, the current value for the national index is 105.4, the lowest level in two years, where a value over 100 suggests that the national housing market is healthy, with a low chance of a downturn.

Household formations, which had been above the long-term trend for the past year, fell sharply in the fourth quarter—lowering the main demographic housing demand factor in the national LIHHM," Nationwide said in the report, "Regionally, the LIHHM performance rankings show that the vast majority of metro areas across the country are healthy, indicating that few regional housing markets are vulnerable to a housing downturn—but the outlook for sustainable housing activity in local markets with strong ties to the energy sector continues to deteriorate as low oil prices persist." 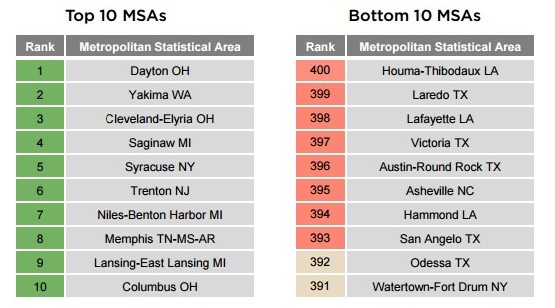 Nationwide also reported that demographics are expected to "turn positive again for housing demand soon, in spite of a surprising decline in household growth at the end of 2015."

"Trends in household growth are a key determinant of housing demand at the national and local levels. Household formations tend to accelerate as employment and income conditions improve, supporting further growth for both rental and owner-occupied units," the report stated. "The balance between housing supply and demand is an important driver of healthy trends in house price growth and housing affordability."

Previous: Are Home Builders Locking Out First-time Buyers?
Next: The MReport Webcast: Friday 3/25/2016