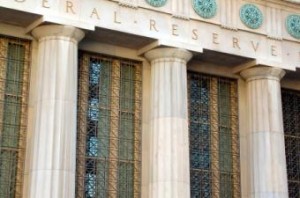 Reports from the Federal Reserve’s 12 districts indicate economic activity has increased in most regions across the country since the end of February as the unusually harsh winter came to an end.

As in the last Beige Book report, the word “weather” appeared more than 100 times in the Fed’s latest release, though the theme this time was generally one of improvement rather than sluggishness.

According to the most recent update, eight districts—Boston, Philadelphia, Richmond, Atlanta, Minneapolis, Kansas City, Dallas, and San Francisco—characterized their economic expansion from March to April as “modest or moderate,” while Chicago reported a pickup in growth.

Cleveland and St. Louis were the exceptions, each experiencing a decline in economic activity.

In housing, reports were varied from district to district; however, “across most Districts, home prices rose modestly and inventory levels remained low.”

Sales activity was harder to nail down: Kansas City, Dallas, and Richmond each reported a seasonal pickup in demand, while New York and Chicago continued to see mixed numbers attributed to cold weather. Major metros in the St. Louis and Minneapolis districts also reported weakness since the last Beige Book.

Meanwhile, homebuilding activity grew in most districts, with only St. Louis, Minneapolis, and Cleveland seeing significant declines, in part due to rising costs for raw materials.

Overall, the Fed reported increased loan demand, though residential mortgage borrowing was mixed or on the decline in the majority of districts.

Credit standards were largely unchanged in most districts, though reports from San Francisco indicated tightening, while reports in Atlanta showed loosening standards.

On the same day the Fed released its Beige Book, chair Janet Yellen took the stage at the Economic Club of New York.

One of the biggest takeaways from Yellen’s speech was a projection of maximum employment—5.2 to 5.6 percent—by the end of 2016, which fits with the book’s report of “mixed but generally positive” labor market conditions across most districts.

However, she also admitted that there are factors beyond the monthly headline unemployment rate to consider when gauging economic expansion: “For example, the share of the workforce that is working part time but would prefer to work full time remains quite high by historical standards. ... The low level of labor force participation may also signal additional slack that is not reflected in the headline unemployment rate.”

All things considered, Yellen’s comments and the tone of the latest Beige Book indicate the Federal Open Market Committee is likely to continue reducing the Fed’s monthly asset purchases in measured steps.