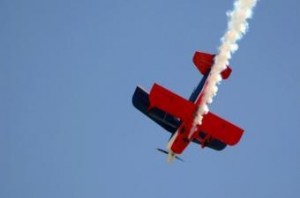 The pace of new home sales plunged in March to their lowest level in eight months, driving down hopes of a seasonal renewal in housing activity.

Monthly data released Wednesday by HUD and the Census Bureau shows sales of new homes last month plummeting 14.5 percent from February to an estimated seasonally adjusted yearly rate of 384,000. The last time transactions ran so low was last July, when they came to 383,000.

Based on applications for new home purchases recorded in March, the Mortgage Bankers Association (MBA) had predicted an adjusted sales rate of 479,000 for the month. Meanwhile, a consensus forecast offered in a survey of economists done by Bloomberg predicted a rate of 455,000.

The latest news is sure to disappoint market analysts who had hoped sales would improve following the end of a harsh winter and the beginning of the year’s busy season for housing. It also puts a large hole in arguments earlier this year that housing experienced a slowdown largely due to icy conditions.

“[I]t’s not out of the question that this is the hit from the severe weather earlier this year,” said Paul Diggle, property economist for research firm Capital Economics. “But the drop feel[s] too late and too large to sit comfortably with such explanations.”

As a result, most sales right now are coming from a small pool of buyers who have an established credit history and who are able to purchase higher-priced homes, Crowe added.

The group’s builder confidence index for the new, single-family home market shows a slight majority of builders continue to see housing in a negative light, with traffic of prospective buyers particularly low.

Regionally, the Commerce Department reported sales were down in the Midwest (-21.5 percent on a monthly basis), the South (-14.4 percent), and the West (-16.7 percent). Sales in the Northeast bucked the trend, rising 12.5 percent.