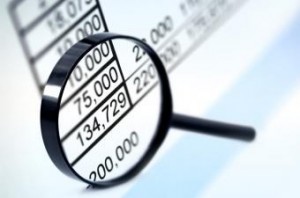 One of the limitations of a federally regulated housing finance system, according to Jed Kolko, chief economist at Trulia, is that there is no one housing market. In some areas, home prices can be as much as 10 times higher than in others, and individual markets vary wildly due to local and state housing and building laws and job opportunities.

One way the federal government has accounted for local market differences is through the conforming loan limit: the maximum amount of a home loan that Fannie Mae and Freddie Mac can guarantee. When the bottom fell out of the housing market that year, the Housing and Economic Recovery Act set higher conforming loan limits for higher-cost areas. This upper-end limit currently is $625,500—50 percent above the $417,000 limit that applies in most of the country.

According to Kolko, this current system falls far short of reflecting the actual differences in local home prices and ends up favoring borrowers in lower-cost markets. Kolko’s argument is most vividly illustrated in California, where more than 30 percent of homes for sale are priced above the conforming loan limit. The most exaggerated example, according to Trulia, is in San Francisco, where 61 percent of homes for sale are above the conforming loan limit.

One advantage of conforming mortgages for borrowers, Kolko said, is that they typically have lower mortgage rates than jumbo loans, which has helped those buying more modestly priced homes. And while this might sound like a fair leg-up for the little guy, the problem, said Kolko, is in assuming that people buying homes in expensive markets are all rich.

Complicating things further is the looming Johnson-Crapo bill, a senate proposal that could pass committee by this time next week and which seeks to phase out Fannie and Freddie over five years. The bill would maintain a government backstop for mortgages through a newly created Federal Mortgage Insurance Corporation and create a reinsurance fund designed to protect taxpayers from a repeat of the $188 billion Fannie/Freddie bailout in 2008.

What’s complicating about the bill, Kolko said, is the fact that changing loan limits would mean hurting or helping some areas more than others, while leaving limits alone could render the whole system moot.

“Lowering loan limits in specific local markets would push more borrowers into the jumbo category, which ... means mortgages that are more expensive and more difficult to get,” Kolko said. “Raising the loan limit in high-cost areas would benefit borrowers in those areas but would increase the share of mortgages guaranteed or insured by the government.”

This, he said, “runs counter to a central goal of national housing finance reform, which is to reduce the mortgage market’s dependence on government.”

So what would happen if the conforming loan limits don’t change, even as the housing finance system gets overhauled? The short answer is: irony. “By removing the implicit subsidy and therefore reducing the cost advantage to borrowers of conforming loans, the Johnson-Crapo bill and other housing reform proposals might end up making conforming loan limits largely a moot point,” Kolko said.

Still, even if Johnson-Crapo passes—which it might not, given the growing tide of opponents on all sides of the political fence who want to squash the measure as soon as possible—implementation would be years in the future. “Until then,” Kolko said, “the failure of conforming loan limits to reflect local housing differences is likely to get worse, not better.”