Another Non-Bank Servicer Counts its Losses 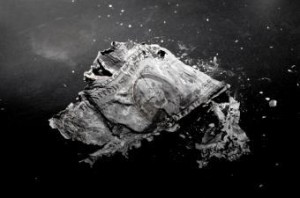 Nationstar Mortgage Holdings was the only one of the country’s top three largest non-bank mortgage servicers rated by Moody’s to turn a profit for the full year 2015; the other two, Ocwen Financial and Walter Investment Group, each reported a loss of more than $200 million.

It was more of the same to start off 2016 for Ocwen and Walter, each of which posted a net loss of more than $100 million for the first quarter of 2016 in their respective earnings statements released in the last week. It turned out that Nationstar was not so fortunate in Q1 either after turning a $43 million profit for 2015; for GAAP purposes, the Dallas, Texas-based servicer posted a net loss of $132 million (-$1.28 per share) for the first three months of 2016.

Approximately $161 million, or $1.56 per share, of the Q1 loss was primarily attributable to changes in fair value, caused by the low interest rates that caused profits to plummet for nearly every mortgage-related company in Q1 (Freddie Mac reported a $354 million net loss for Q1 earlier in the week). Nationstar posted a net loss of $48 million in the first quarter of 2015.

A net loss of $132 million is an over-the-quarter negative swing of $221 million; for the fourth quarter of 2015, Nationstar took in a net income of $79 million, or 73 cents per share, largely driven by growth in the servicing segment. The servicing segment was a bright spot again for Nationstar in Q1, achieving $49 million of pretax income, which computes to five basis points based on an average unpaid principal balance of $392 billion.

“We posted solid first quarter earnings led by servicing, which delivered five basis points in profitability,” Nationstar CEO Jay Bray said. “In addition, for the second year in a row, our servicing operations achieved Fannie Mae’s highest level of performance recognition—the Five STAR designation, which reflects the hard work of our employees and the dedication to our customers. In addition, originations continues to be a solid bottom line contributor by delivering $40 million in pretax income, and we made significant progress with Xome that we believe will drive earnings in future quarters.”

On the Xome segment for Q1, Nationstar reported, “During the quarter, we made significant operational progress with respect to our property disposition and title operations that should generate a solid improvement in margin as we enter the second quarter. The improvements in the property disposition business were driven largely by enhanced workflow management of the pipeline. In our title business, we continue to board new customers and are working with existing customers to improve order timing to reduce costs and increase conversions. Furthermore, third party revenues remain stable at 36 percent and we continue to see progress in boarding new clients for a variety of services, including our technology offerings.”