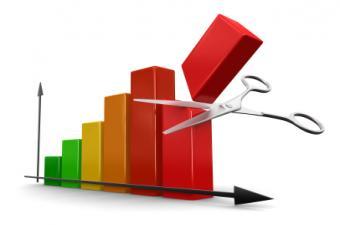 NAHB Improving Markets Index Tips Down Further in May

After declining in April for the first time in eight months, the ""National Association of Home Builders'"":http://www.nahb.org/default.aspx (NAHB) Improving Markets Index (IMI) continued the trend with a more substantial dive in May, the group reported.

According to NAHB, the number of housing markets showing ""sustained improvement"" fell to 258 from April's 273.

The index, put together by NAHB and ""First American Title"":http://www.firstam.com/, tracks housing permits, employment, and home prices in markets across the country. Areas showing improvement in all three metrics for at least six straight months are counted for the list.

Four new markets were added to the list in May: Dothan, Alabama; Elizabethtown, Kentucky; Salisbury, Maryland; and Salem, Oregon. Nineteen markets were dropped, many of which are located in the South and Southwest: Macon, Georgia; Baton Rouge, Louisiana; and Albuquerque, New Mexico, among others.

""While seasonal trends in home prices resulted in an overall decline in the IMI this month, the index remains at a very strong level and continues to represent markets in every state,"" remarked NAHB chief economist David Crowe. ""Some metropolitan areas that had previously charted marginal home-price gains dropped off the list this time as a result of typically softer prices seen in the winter months, which is similar to what the index showed in this same period last year.""

""The fact that over 70 percent of all U.S. metros are holding onto their spots on the improving list is definitely good news, and representative of the generally brightening outlook for housing markets nationwide,"" said NAHB chairman Rick Judson, a homebuilder from Charlotte, North Carolina. ""That said, our industry's progress on the road to recovery is being slowed by rising challenges related to the availability of credit, building materials, labor and lots for development.""