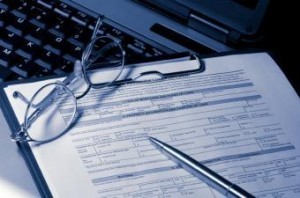 The Market Composite Index, which measures the amount of mortgage loans, decreased 4.6 percent on a seasonally adjusted basis for the week ending May 1. The Index experienced a 4 percent decrease compared to last week on an unadjusted basis.

“Purchase activity increased slightly over the week, and the average loan amount for a purchase application reached a record high, a sign that the mix of purchase activity is still skewed toward higher priced homes," said Mike Fratantoni, MBA's chief economist..

According to the report, mortgage refinance activity decreased to 53 percent, a 2 percent drop from last week. The Purchase Index, which is seasonally adjusted, increased 1 percent to its highest level since June 2013, while the unadjusted Purchase Index increased 2 percent. A 6.1 percent increase of applications occurred for the adjustable-rate mortgage (ARM) share of activity. A survey found that the average loan size was $297,400 for purchase applications.

"Refinance volume dropped last week as rates in the US increased sharply towards the end of the week, with signs of recovery in Europe lifting rates across the globe,” Fratantoni said.