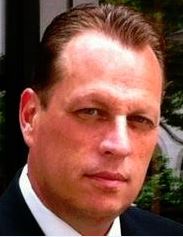 Five Star Institute President and CEO Ed Delgado dove into the default, foreclosure, and REO industries in a webinar presentation on Thursday to advise members of the Federation of REO Certified Experts (FORCE) of past and present market conditions.

The FORCE is Five Star's organization of residential agents and brokers working in the field of real estate owned (REO) properties.

Recent housing data has continually painted a picture of a recovering housing market, and the same proves true for the REO market. In light of the strengthening housing market, Delgado emphasized the need for adaptation among companies in this space.

The presentation first addressed foreclosure activity, which has declined dramatically over the last six years and is currently near 2007 levels when they hit 300,000, according to RealtyTrac. In 78 major metro areas across the country, first quarter foreclosure activity was below pre-recession levels. Data from capital economics showed that mortgage delinquencies declined 12 percent over the year in March, down to 4.08 percent, its lowest point since March 2007. In addition, Black Knight Financial Services found that 30-day delinquencies stand at just under 2 percent, their lowest level in more than 15 years.

Delgado noted that this data points to a discernible recovery in the housing market.

"The headlines in totality are pointing to an absolute recovery. I don't think there is any semblance of crisis that remains in the open markets, but there are pockets of risk—some are opportunities and some are not so favorable conditions that may transpire over the next 12 to 18 months," Delgado said.

When it comes to loss mitigation strategies, the Federal Housing Finance Agency (FHFA) has been making changes to its disposition and loss mitigation strategies. The GSEs have moved away from the bulk sales strategies after shedding some of their REO inventory and are taking advantage of online auctions to dispense some of their REOs. Meanwhile, the FHFA is allowing principal reductions for seriously delinquent, underwater homeowners.

In a separate interview with the Wall Street Journal in March, Delgado discussed how mortgage servicers and REO asset management companies that once thrived after the foreclosure crisis are revamping their image, business practices, and even changing their name in order to adapt to the strengthening real estate market.

"There’s a risk of extinction for companies that are either slow to realize the change in the market or simply don’t adapt," Delgado told the Wall Street Journal.

Delgado again stressed the importance of default and mortgage servicing professionals having to adapt to the changing marketplace in the webinar presentation. He used Nationstar Mortgage Holdings, Ten-X (formerly Auction.com), and Altisource Portfolio Solutions as examples of companies that are expanding into other areas of the market to avoid extinction as the amount of distressed inventory continues to wane.

"I don't think there is any semblance of crisis that remains in the open markets, but there are pockets of risk..."

"These companies are making changes to fit the current market on a regular basis. All of these organizations are pivoting," Delgado explained in presentation. "They see that the prevailing winds of change are in full bloom, and they are altering their dynamic, product offerings, and how they engage with consumers and agents and brokers. It's a trend that I expect will continue in the near term."

As for additional opportunities in the default servicing market, Delgado pointed to the growing single-family rental market and online real estate auctions that hit the scene a few years ago and have become a major platform, particularly for investor buyers.

In conclusion, Delgado stated that REO is here to stay and will always exist in this country.

"For all the loans that are out there, there will always be excessive debt, illness, divorce, unemployment, or some other disruptive factor within a household that pushes a consumer into foreclosure," he said.

Editor's Note: The Five Star Institute is the parent company of MReport and theMReport.com.

Previous: Lender Under Fire for FHA Mortgage Practices
Next: Mike Heid Elected to Fannie Mae Board of Directors