According to a new report by Redfin, 51% of homes sold for more than their list price—up from 26% the same period a year earlier, marking a new record for this metric. 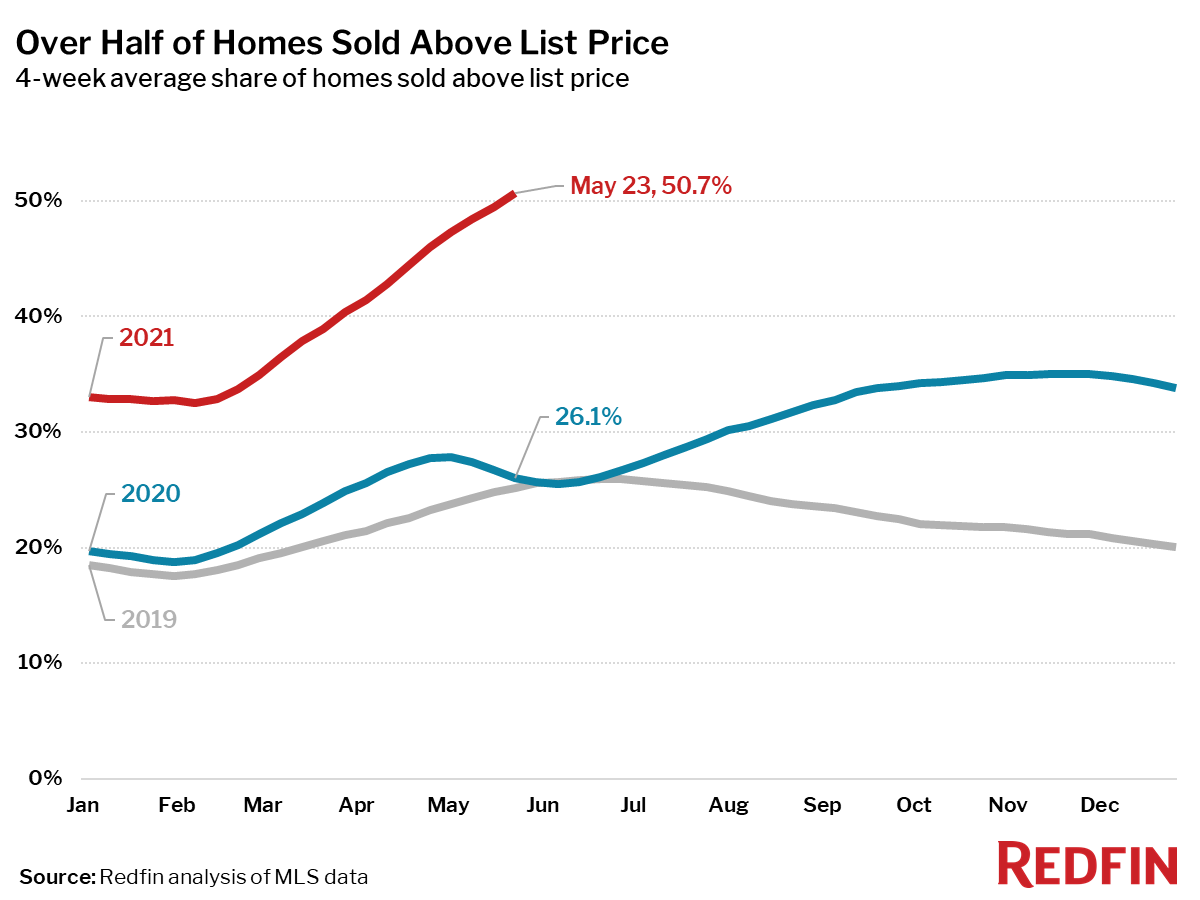 Increases in home prices seems to be keeping may potential homebuyers on the sidelines, as they await prices to drop before dipping into the ever-restricted supply of available homes.

The National Association of Realtors (NAR) reported in its latest Pending Home Sales Index (PHSI) that pending home sales took a step back in April, dropping over March’s total, due in part to the record low inventory of homes available in Q1. NAR’s PHSI fell 4.4% to 106.2 in April, while year-over-year, signings jumped 51.7% as last year's pandemic-related shutdowns slumped sales to an all-time low.

While the lure of sub-3% rates may goad many into a market where homes are selling for record highs, factors such as a depleted skilled workforce and the rising costs of materials are factoring into these price hikes. The National Association of Home Builders (NAHB) has reported that the price of lumber has tripled over the past year, forcing the price of a new single-family home to rise $35,872 on average.

"We are seeing a typical late-spring slowdown in new listings and pending sales," said Redfin Chief Economist Daryl Fairweather. "However, prices don't typically peak until late August, and their growth remains completely unhinged. The fact that homes keep selling for more and more above asking prices goes to show that many more people want a home than there are homes for sale. I don't see that changing until mortgage rates increase, which will likely happen later this year. But until then, the housing market will remain red-hot."

Previous: Mortgage Servicers Brace for the Forbearance Transition
Next: The Week Ahead: Gauging Q2 Homebuyer Trends