High Rents May Force Buyers Into the Market

Rents have been on the rise for several months now as demand for rental housing has increased due to a short supply of homes for sale, particularly among starter homes, and high down payments. A recent survey showed that the pendulum may be swinging in the other direction, however.

According to a survey of 975 homebuyers conducted by Redfin in May among 36 states and Washington, D.C., one in four homebuyers reported that it was the high cost of rent that prompted them to go hunting for a house—a substantial increase from the share reported last summer. First time buyers drove the increase, with more than 50 percent of them citing high rents as the reason they were looking to buy a home—more than double the 25 percent reported in August.

The change is attributable to first-time buyers. In the most recent survey, more than fifty percent said high rent led them to the market, compared to only 25 percent of first-timers in August.

“Though enticed by high rents and low mortgage rates to begin a home search, first-time buyers face a number of obstacles in today’s competitive market,” said Redfin chief economist Nela Richardson. “In many cities, starter homes have seen the largest price increases because the supply of affordable homes on the market is so low and the demand for these homes is so high.”

“Though enticed by high rents and low mortgage rates to begin a home search, first-time buyers face a number of obstacles in today’s competitive market.”

With mortgage interest rates at historically low levels (currently under 4 percent), if homebuyers can get past the down payment obstacle, now is an excellent time to buy, according to a Zillow report late last year.

“(Rates) are currently hovering near all-time lows,” said Zillow Chief Economist Svenja Gudell. “This helps keep monthly mortgage payments low. Renters can’t take advantage of mortgage financing each month. Additionally, while home values dropped steeply during the most recent recession and remain below their pre-recession peaks in most areas, rents have been on a slow, steady, upward climb for much of the past decade. Finally, income itself—while showing signs of picking up in recent months—isn’t growing sufficiently to keep pace with growth in rents and is growing far more slowly than it was prior to the recession.”

While high rents may be causing people to search for homes, it remains to be seen how many will actually be able to purchase a home, because the down payment remains a huge obstacle. Zillow reported that consumers are spending an average of twice as much of their monthly income on rents compared with the percentage of income they are spending on mortgage payments—which makes it difficult to save for a down payment.

“There are good reasons to rent temporarily—when you move to a new city, for example—but from an affordability perspective, rents are crazy right now,” Gudell said. “If you can possibly come up with a down payment, then it’s a good time to buy a home and start putting your money toward a mortgage.” 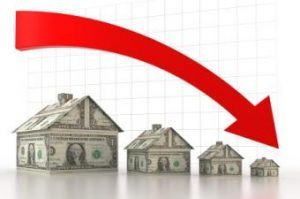