The average time to close on a home loan shortened in April, and that marks the fourth consecutive month of faster-moving closings, according to the monthly Origination Insight Report from ICE Mortgage Technology. ICE says its report data comes from a robust sampling of approximately 80% of all mortgage applications initiated on the Encompass Lending Platform and offers insight into underwriting standards employed by lenders across the country.

"The decrease in average time to close is not surprising, given the increase we have observed in the adoption of digital transformation tools, such as AIQ, our artificial intelligence offering that automates workflows for shifting to a more data-driven process, and consumer engagement suite for automating communication to all parties in the transaction," said Joe Tyrrell, President of ICE Mortgage Technology. "This trend also aligns with findings from our 2020 Borrower and Lender Insights Survey, in which both borrowers and lenders noted that digital mortgage technologies are making it faster and easier to close a mortgage loan, thus improving the overall experience for participants." 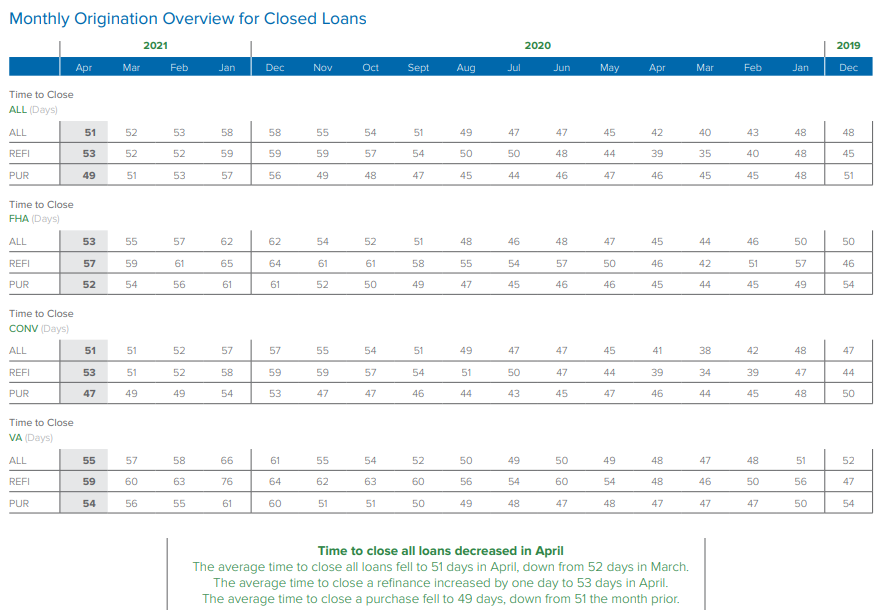 The most recent OIR also showed April was the second consecutive month of slowdown in share of refinances among total originations. 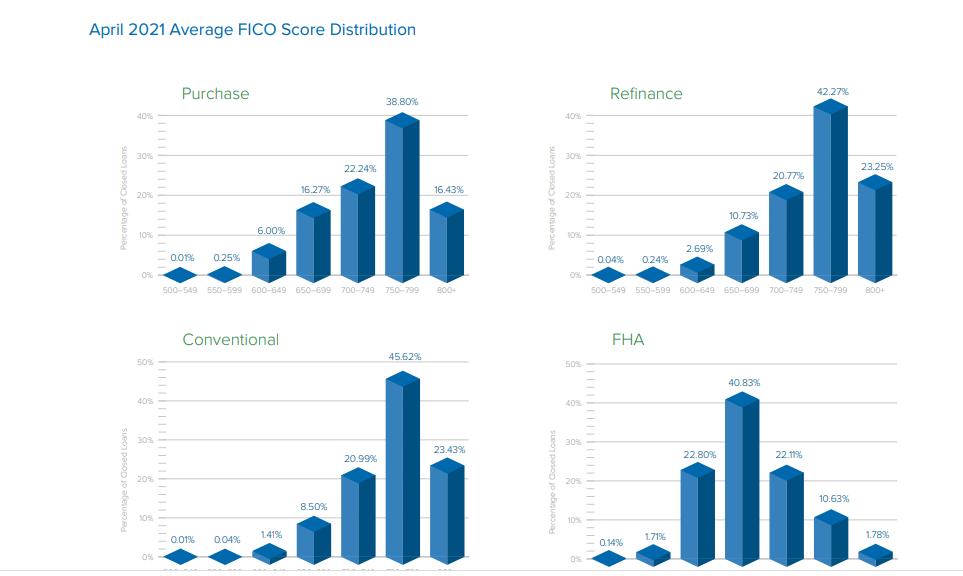 The comprehensive origination report is available in full at ICEMortgageTechnology.com.