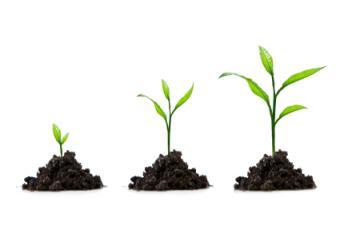 The economy added 175,000 jobs in May, and the unemployment rate ticked up to 7.6.percent, the first month-over-month increase since January, the ""Bureau of Labor Statistics"":http://www.bls.gov/ (BLS) reported Friday.

Economists had forecast payrolls would grow by 170,000, and that the unemployment rate would remain at 7.5 percent.

Average weekly hours remained at 34.5, while average hourly earnings rose by one cent.

The increase in the unemployment rate came from an increase in the labor force as more people looked for work. As a result, the number of persons meeting the government definition of unemployed (out-of-work, available-for-work, and looking-for-work) went up. Unemployment, by that definition, increased by 101,000 to 11,760,000, the highest level since February. But the number of re-entrants to the labor force ├â┬ó├óÔÇÜ┬¼├óÔé¼┼ô individuals who had been unemployed but not looking for work ├â┬ó├óÔÇÜ┬¼├óÔé¼┼ô increased 182,000.

The payroll report reflected the impact of the federal budget sequestration. Government jobs fell a net 3,000 in May for the third month in a row and the seventh time in the last eight months. Within that category, there were 14,000 fewer federal jobs, dropping the number of federal jobs to 2,748,000--the lowest level since February 2008. State payrolls contracted by 2,000 but local governments added 13,000 jobs.

According to the most recent reports from Bureau of Economic Analysis, personal consumption spending on ""goods"" fell in April for the second straight month. Spending on ""services"" edged up in April after dropping in March.

The employment report though hinted at improving retail sales as the number of retail jobs increased 27,700, but the originally reported gain of 29,000 retail jobs for April was revised down to 19,900.

Retail sales though could be constrained by continuing weak income growth. While average weekly earnings rose in May, the year-over-year increase in aggregate earnings--factoring in the number of payroll jobs--was 3.9 percent in May. The figure is far below the 4.8 percent average annual growth the year before the recession began.

By industry sector, 40.4 percent of the new jobs came in the retail and leisure and hospitality sector--the two lowest paying sectors. Professional and business services added 57,000 jobs, including 25,600 temporary jobs, indicating a continuing reluctance by employers to commit to permanent staff additions. The education and health services sector--a steady source of growth --added 26,000 jobs, down from its three-month average of almost 39,000 new jobs per month.

The financial sector added a net 4,000 jobs but credit intermediation jobs--underwriters--declined by 3,100.

Within the unemployment statistics, the report showed the number of job ""losers"" dropped 263,000 in May to 6,147,000, the lowest level since October 2008, suggesting businesses have stopped large scale layoffs, as the trend in initial unemployment claims indicates. The number of ""new entrants"" to the unemployment rolls fell 12,000 in May, a college graduation month suggesting recent graduates were able to find work or have opted to continue their education.

The labor force participation rate rose 63.4 percent, still low by historical standards. It had been 66 percent before the recession began in December 2007. The current rate is the lowest since December 1978, in part reflecting an increase in school enrollment, which could affect the ""available-for-work"" test.

The increase in the unemployment rate, which had fallen for three straight months, has added significance with the Federal Reserve having said the target federal funds rate would remain at its historic low, 0 to 0.25 percent, at least until the unemployment rate fell below 6.5 percent. The Fed also set an inflation target for keeping rates low and continuing its program of purchasing mortgage securities and investing in U.S. Treasury securities. Inflation has remained tame since the Fed announced its plans for reversing course on monetary policy.