Mortgage Rates Slightly Up Ahead of Fed Meeting 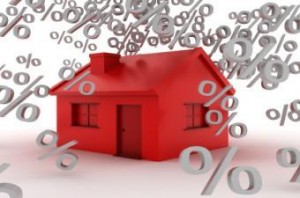 According to Freddie Mac, the average rate on a 30-year fixed-rate mortgage (FRM) was 4.20 percent (0.6 point) for the week ending June 12, an increase of 6 basis points from last week's report. Last year, the 30-year FRM hovered just below 4.0 percent.

The increases followed last week's release of the May jobs report, which showed payrolls performing more or less as expected.

"Mortgage rates continued to climb for the second week in a row following the increase in 10-year Treasury yields," said Frank Nothaft, chief economist at Freddie Mac. "Also, the economy added 217,000 thousand jobs in May, following a 282,000 surge in April and a 203,000 increase in March. Meanwhile, the unemployment rate in May held steady at 6.3 percent."

Reporting its own national survey results, Bankrate.com pinned the 30-year fixed at 4.34 percent and the 15-year fixed at 3.43 percent, both up 2 basis points from last week. The 5/1 ARM moved up slightly more, climbing 6 points to 3.37 percent.

With a week left to go before the Federal Reserve's next policy meeting, 86 percent of experts surveyed by Bankrate expect rates will remain essentially flat in the coming days. Only two weeks ago, long-term fixed rates stood at their lowest in more than half a year.