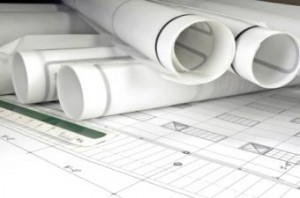 The U.S. Census Bureau and HUD jointly announced today in a press release new residential construction statistics for May 2015 finding building permits were up, while starts and completions saw slight decreases.

“The uptick in permits shows our builders are optimistic that more consumers are returning to the housing market,” said Tom Woods, NAHB chairman and a home builder from Blue Springs, Missouri. “Even with this month’s dip in production, it should be a solid year for home building.”

"Today's data on new construction in May signals strong consumer demand for both apartments and single family new homes and healthy market fundamentals,” said Johnathan Smoke, chief economist at Realtor.com. “The increasing level of new construction is entirely consistent with the strong demand and corresponding price gains we have been seeing in both rents and home prices.”

Yesterday, the National Association of Home Builders (NAHB)/Wells Fargo Housing Market Index data revealed that builders are exuding more confidence in the real estate market as more buyers purchase homes with unwavering certainty. According to the index, builder confidence in the market for newly built, single-family homes in June reached a high of 59. This is an increase of five points from last month and the highest reading this year since September 2014.

“Builders are reporting more serious and committed buyers at their job sites and this is reflected in recent government data showing that new-home sales and single-family construction are gaining momentum,” Woods said.

The Census Bureau and HUD data are expected to see even stronger results throughout the rest of the year, according to Smoke.

“Notably, unlike that speculation-driven period of 2003-2005, builders today are predominantly building to signed contracts, and we expect permits and starts to continue to post gains throughout the year following continued strength in traffic and sales,” Smoke concluded. “For 2015, we expect single family permits to end above 750,000, which would mean a stronger second half of the year to offset the slower level of activity in the first quarter.  Total permits this year should end close to 1.26 million, an increase of 20 percent over 2014.  Total starts will follow, expected to be up 14 percent over last year.”