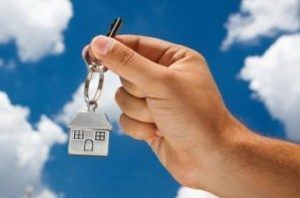 , a global provider of title insurance, settlement services, and risk solutions for real estate transactions, released its May 2017 Potential Sales report Tuesday. First American reported potential existing-home sales increased to a 5.72 million seasonally adjusted, annualized rate (SAAR) and a 1.8 percent month-over-month increase. Since the market low in December 2008, this is a 90.3 percent increase.

“As more and more millennials marry and have children, among the strongest determinants for the desire to be a homeowner, demand for housing will remain robust,” said Mark Fleming, chief economist at First American. “However, the housing market faces a dilemma that is restricting the inventory of homes for sale. As rates rise and the cost to finance a mortgage increases, existing homeowners are prisoners in their own homes. In addition, the fear of being unable to find a home to purchase hinders homeowners’ decision to sell.”

“When considering the right time to buy or sell a home, an important factor in the decision should be the market’s overall health, which is largely a function of supply and demand,” Fleming said. “Knowing how close the market is to a healthy level of activity can help consumers determine if it is a good time to buy or sell, and what might happen to the market in the future. That’s difficult to assess when looking at the number of homes sold at a particular point in time without understanding the health of the market at that time. Historical context is critically important. Our potential home sales model measures what we believe a healthy market level of home sales should be based on the economic, demographic, and housing market environments.”

Previous: Borrowers Don’t Shop Around, Still Look to Big Banks
Next: Home Prices Surge . . . but Why?